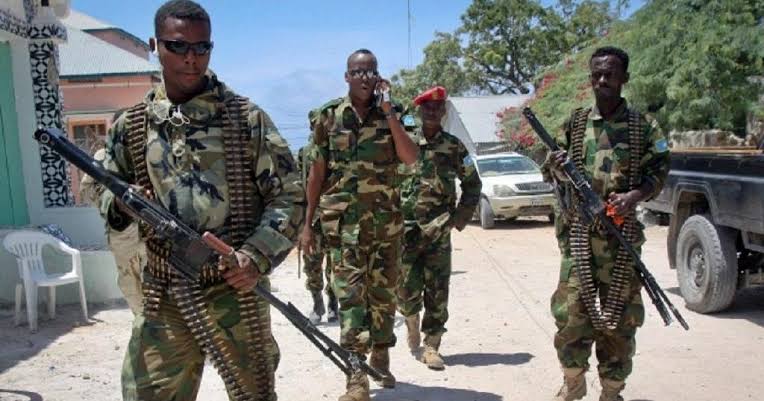 Terrorists who attempted to attack the Nigerian Law School in Bwari, Federal Capital Territory, Abuja, have reportedly abducted a Captain of the Nigerian Army and 13 soldiers who responded to a distress call.

SaharaReporters learnt on Tuesday that the Nigerian Army has launched a search party for the Captain, who was the Commanding Officer of the 13 soldiers.

The troops of the Elite Guards Brigade foiled an attack by terrorists on the Nigerian Law School in Bwari, reports stated on Monday.

A military signal obtained by SaharaReporters had revealed that the gunmen on Sunday ambushed the soldiers who were on routine patrol of the area.

The troops were said to have successfully repelled the terrorists.

A military source revealed on Tuesday morning that the Commanding Officer, identified as Captain Samuel and 13 soldiers were still missing in the aftermath of the operation and a search party had been launched for them.

He said, “Thirteen soldiers with their Commanding Officer, Capt. Samuel who manned the military checkpoint at Bwari – Abuja, are missing after responding to a distress call of kidnapping of some locals by suspected Ansanru terrorist group last Sunday.

“The terrorists had earlier on Friday kidnapped many locals from the Zuma community close to Veritas University, a Catholic University located in Bwari and demanded N500,000 ransom from each of their victims. Problem started when a member of a vigilante group in the community, who was later killed by the terrorist group yesterday alerted the soldiers of this development.

“The military responded swiftly, only for their response to become fatal as we saw many soldiers with bullet wounds being evacuated from the scene of the attack, and heavy movement of military equipment like MRAP (Mine Resistant Ambush Protected) Armoured Tanks and the military response team around Bwari for the past 3 days for a suspected cleanup operation.”

The source added, “As at the time of this report, the military is still in vigorous search of the Captain and his 13 other soldiers in the rocky terrain of Bwari; they have neither found them or their dead bodies.

“When the wife of the military officer, Capt. Samuel, who is heavily pregnant, checked on her husband yesterday since she couldn’t reach him on the phone, some top military officers convinced her that her husband was on a special duty and he is safe.

“It is important to note that Bwari suburb had witnessed large movements of over hundreds of people suspected to be Fulani herdsmen on over 300 motorbikes a day last year and alarm was raised, but the authority said that there was no cause for fear, that those people were on a legitimate movement.

“Since last year, kidnappings, killings and other violent crimes have risen to apogee in Bwari and its environs. Pray for Bwari! Pray for the missing soldiers!”