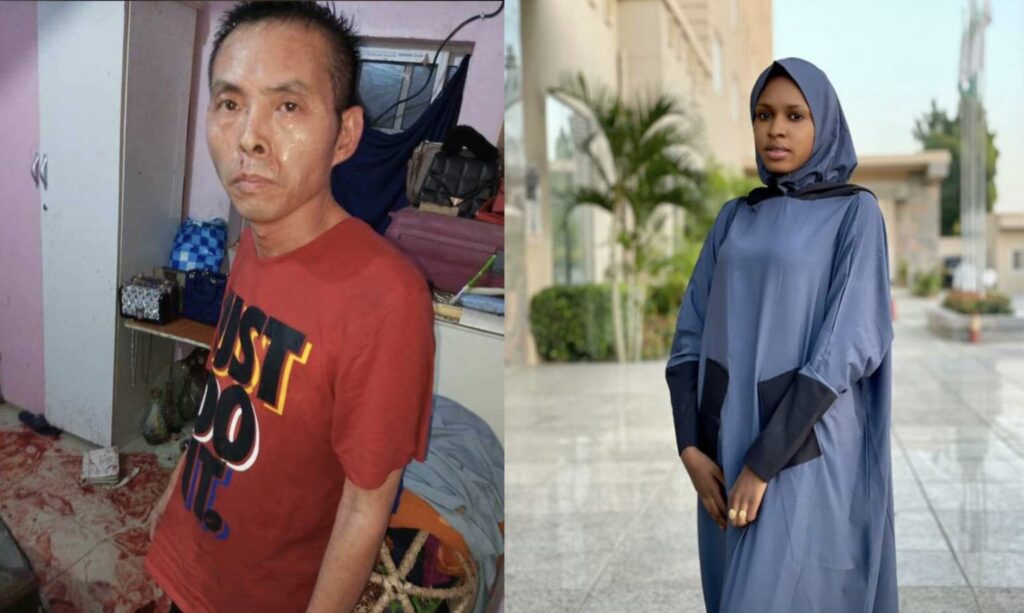 A Kano-based Chinese man, Geng Quangrong, has confessed to stabbing his Nigerian girlfriend to death in the state.

The suspect, who was arrested after he attacked and killed his 23-year-old lover, Ummakulsum Sani Buhari, in her parents’ house at Janbulo quarters, Kumbotso Local Government Area of Kano State, on Friday night, September 16, said he did it because she betrayed him.

According to him, “I k!lled her because she refused to marry me, despite having spent so much money on her.”