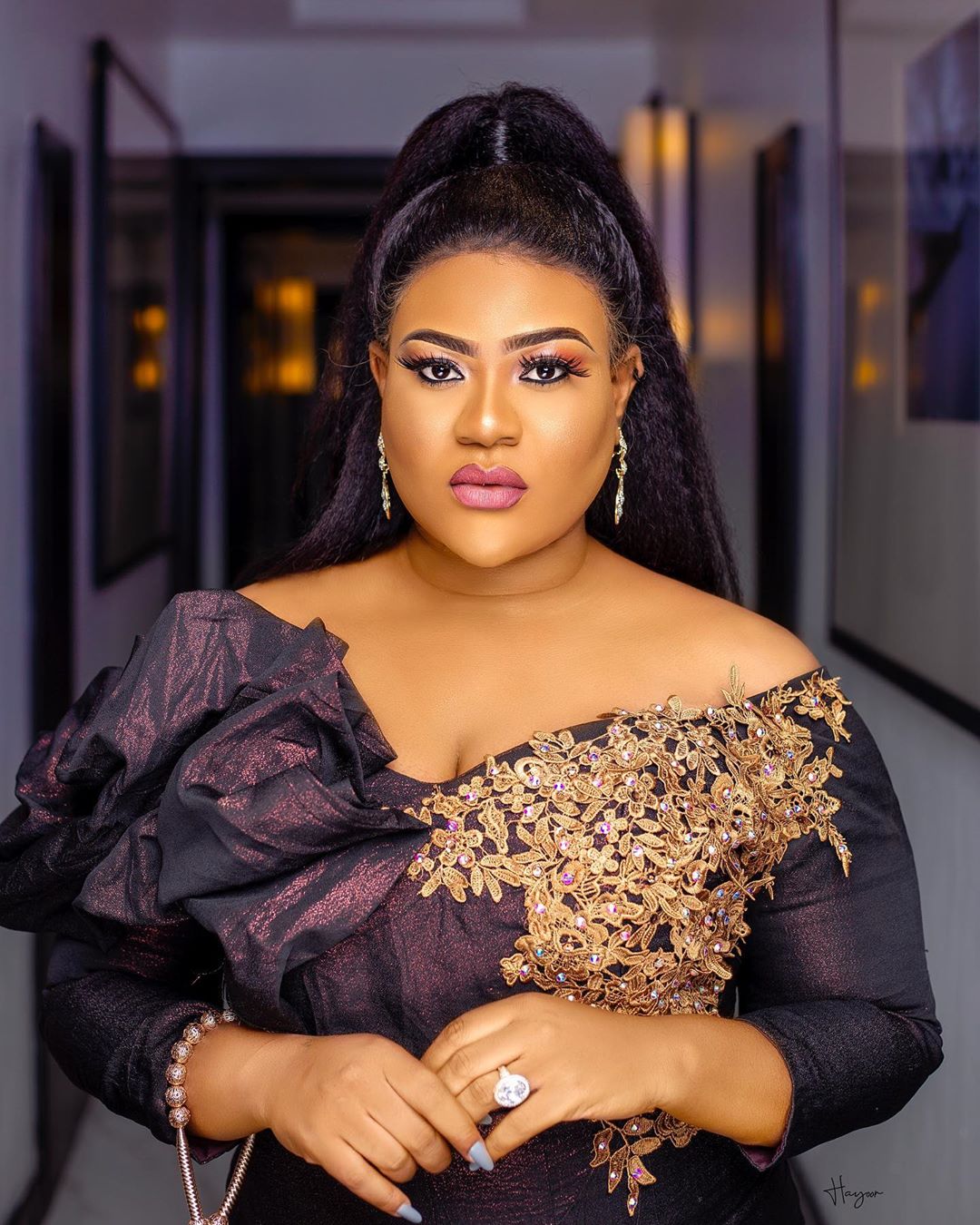 Actress Nkechi Blessing has been dragged on social media for disrespecting her late mother during a remembrance party.

The controversial actress held a remembrance party for her mother who died in 2021 with many of her friends, colleagues and fans turning up.

In the video shared online, the mother of one was seen distributing s3x toys to ladies at party before some other guests descended on her, jostling for the souvenirs.

Nkechi Blessing said the ‘gesture’ was not to say men are scum because she has got a man but to help the single ladies who may not have a man.

Her souvenirs triggered uproar with many saying the act was disrespectful to her late mother and the event.

ladye4303 wrote: “This is total disrespect to her mother. This is so wrong on many levels. May her mother’s soul rest in peace”

oycelineadeleke stated: “How about her siblings? You mean then men in her family are there and okay with this?”

onyinbola declared: “Rubbish! You lack respect for yourself and your mum”

blackkingkelly said “This is to show that it was never about her mother’s honor. It was just a reason to gather people and make some money, influence and clout . If it was my sister , I would hear from me physically. So you can do this on another day ? Was this not supposed to be about her mother? Watch her set ring light and milk her mother even more soon . How on earth will someone try and justify this ? The things money make make men and women do in Lagos ehnn will scare you”

ardell_ng stated: “Now I am beginning to believe the drug accusation, otherwise which right thinking adult will do such?Even the westerners that we feel are more exposed than us will not try such, in a memorial service abi party.”

tor_ria tweeted: “On her mum’s Remembrance Day? If it was on her own birthday or a random celebration it’s a different thing. Total disrespect to the dead.”