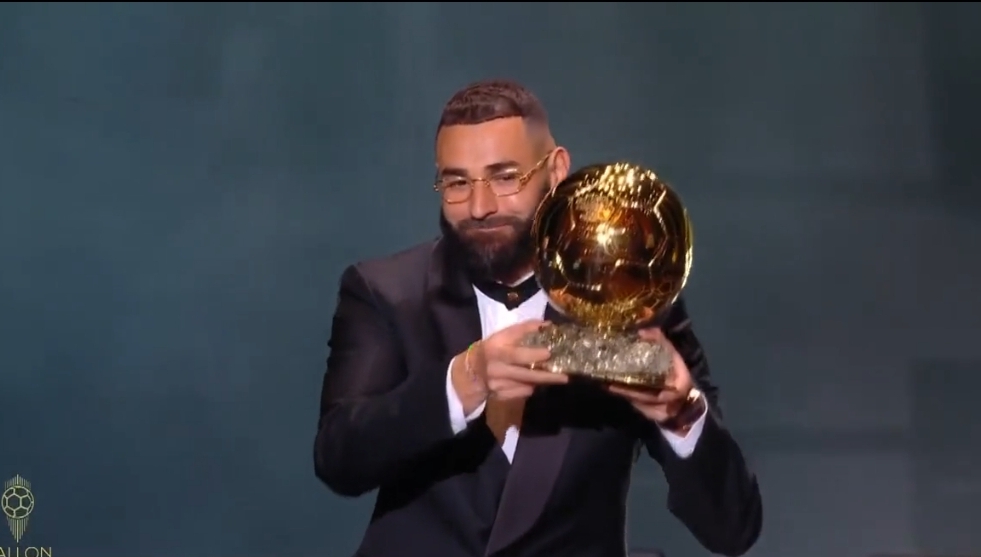 French professional footballer who plays as a striker for La Liga club Real Madrid, who he captains, Karim Benzema has been named Ballon d’Or winner for 2022, with the Real Madrid striker enjoying an incredible calendar year.

The France international enjoyed a remarkable 2021-22 campaign at Santiago Bernabeu, with a stunning 44-goal haul helping Los Blancos to La Liga and Champions League titles. The 34-year-old found the target on 27 occasions in the Spanish top flight last season and 15 times in European competition.

Benzema has been a revelation for Madrid, helping to fill the void created by Cristiano Ronaldo’s departure in 2018 while also taking on captaincy duties following Sergio Ramos’ move to Paris Saint-Germain. He has now been recognised as the world’s best by his peers, with competition from the likes of Mohamed Salah, Robert Lewandowski, Sadio Mane, Kylian Mbappe and Erling Haaland seen off to land the prestigious Golden Ball.

Here is the image you've all been waiting for! Karim Benzema! #ballondor with @adidasFR pic.twitter.com/TJze0Km1s6