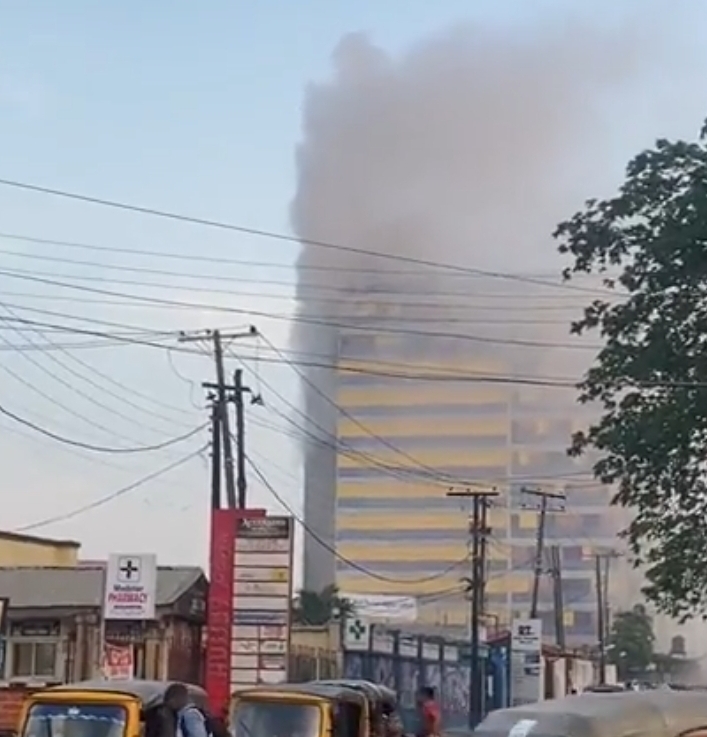 The West Africa Examination Council (WAEC) headquarters in the Yaba district of Lagos State was completely destroyed by fire in the early hours of Wednesday, causing tension. As the fire rages, several individuals are suspected to be trapped inside the structure.

It has not yet been determined what started the fire.

As of the time this story was filed, firefighters from the University of Lagos (UNILAG) and Yaba College of Technology (YABATECH) had arrived at the scene of the event to put out the fire.

According to an eyewitness, a council employee who was reportedly caught between a few levels was seen trying to jump out a window of the spectacular 12-story structure to avoid being smothered.

No one from the Council could be reached.

Watch video of fire below…