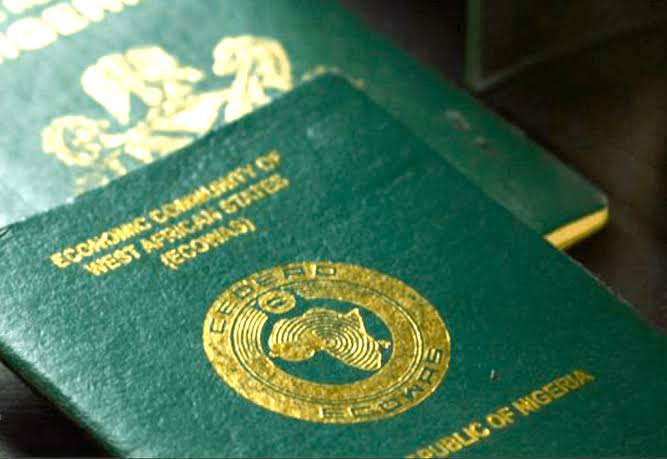 The Federal government of Nigeria is ready to open 1,000 passport offices in banks and hotels across the country in order to accelerate the issuance of passports.

The federal government said the move would reduce hardships and frustrations experienced by passport seekers who wait in long queues and are forced to bribe passport officials to facilitate passport issuance.

The Minister of Internal Affairs, Rauf Aregbesola, represented at the October breakfast of the Nigeria-South Africa Chamber of Commerce in Lagos, said the move would boost the number of passport offices in Nigeria from the current 50, BusinessDay reports.

Aregbesola acknowledged the frustrations and long queues at the passport offices and expressed optimism this would ease things before the year ends.

According to him, the plan to open more processing offices will also lead to the introduction of premium lounges for expedited passport services across the country for which Nigerians seeking to own or renew their passports will be expected to pay a fee.

The minister also admitted that there are some in his ministry who are out to frustrate the reforms being undertaken but he vowed to defeat them.

He also appealed to Nigerians not to wait until the last minute before approaching the passport office closest to them.

The Festac Passport Office in Lagos was rowdy and crowded on Thursday, with applicants struggling to submit forms and queue up for capturing to either renew their passports or obtain new passports.

Our correspondent who visited the passport office observed that some applicants appeared totally confused as to whom to meet to make enquiries and guide them on the steps to take.

At the entrance gates to the street of the Festac Passport Office were people who appeared as ‘marketers’ for passport officials, offering to help new applicants bypass the long queues and facilitate their passport issuance through the help of officials inside the passport office. This, they said, would cost some extra fees.

In a bid to address these unwholesome practices, the service has since banned all forms of cash transaction in all its service windows and has asked applicants to fill out passport application forms and make payment online before visiting the passport office.

However, some corrupt passport officials have devised other means to get money from applicants before the collection of their passports.

“A lot of illicit deals are happening at the passport offices. Despite the online application processes introduced by the government to facilitate the process and reduce corruption, officials at the Festac Passport Office still make the process difficult for people who have registered online,” an applicant who identified himself as Sunday told BusinessDay.

He said his passport issuance had been delayed for two months because he refused to grease the palms of some officials.

“Applying for passports through the right process would be a complete waste of time and effort, except you know an insider who would help you facilitate the passport issuance after you must have bribed them,” he said. “The process is much easier if you have someone inside willing to help you. Officials at the passport officers are like marketers and the process is full of corruption.”

Oge Ugonna, another applicant, described the passport processes in Lagos as the most difficult.

According to her, in other states, it takes one to two weeks for passports to be ready after applicants have registered online but in Lagos, it takes over two months because of the influx of applicants and the corrupt practices.

Francis Eze, an applicant at an Abuja passport office, revealed that he applied online in September and was asked to come back in six weeks for capturing but when he came, he was not attended to and after waiting for a long time, he left without doing anything.

“The best thing is to liaise with an officer who will monitor it for you and help you process it,” he said.

He said out of over 40 people seated at the entrance for capturing, only five of them did it online while the others had officers they liaised with to get it done faster.

“After registering online, I had to look for who will follow it up. I paid an initial N25,000 and after capturing and having passports delivered to me, I paid another N25,000. In total I paid N50,000,” he said.

One of the immigration officers in Abuja who gave his name as Prince said after the online application, applicants are asked to return in six weeks for data capturing before it is then processed; but because there are so many applicants, there are thousands of files to be processed.

“If you apply today, you will be asked to come on the 14th of December for capturing; then I can bring your file for you to be captured,” he said.

Another passport officer who craved anonymity said an “express passport”, which can be ready on the day of capturing, costs between N40,000 to N45,000.

BusinessDay’s investigations show that on a daily basis, the Ikoyi Passport Office, which issues the highest amount of passports, gives out an average of 800 passports but has over 1,000 requests while Festac and Ikeja issue 1,000 passports daily with over 1,400 requests.

Abuja issues an average of 500 passports daily, with over 900 requests. Kano, Asaba, Ogun and Ibadan, which also rank top in the mobility of passports, issue 500 passports altogether with almost 1,000 requests.

Other states in Nigeria issue an average of 2,000 passports daily with over 3,500 requests.

This implies that on a daily basis, passport offices across Nigeria issue at least 4,800 passports daily.

This show that for five working days in a year, passport offices across Nigeria issue 1,248,000 passports.

Applicants tell BusinessDay that they end up paying almost double the amount for passports through illicit means before they can be issued the travel document.