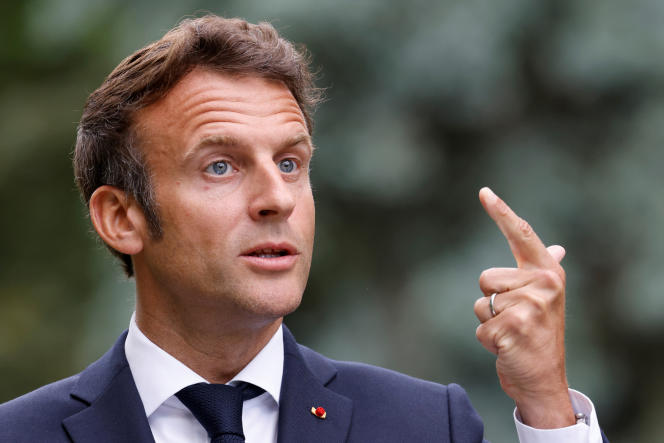 French President, Emmanuel Macron, was slapped in the face by a protester on Sunday, November 20,2022.

Macron was seen walking towards the woman that slapped him in a viral video seen on Twitter on Monday, November 21,2022.

The woman, who dressed in a white shirt and a pair of black trousers with a nose mask, slapped Macron before she was overpowered by the president’s guard.

Macron was shielded from more assault from his assailant by security guards.
In two years, Mr Macron has been subjected to assault twice in the public in a humiliating manner by enraged citizens.

Two people were arrested in 2021 after a man slapped French President Emmanuel Macron in the face.

Video of the incident posted to Twitter showed Macron speaking to a man clad in a green t-shirt as he walked outside and met with people standing behind a short fence in the Drome region of southeastern France.

He also pulled Macron closer toward him before taking a swipe.