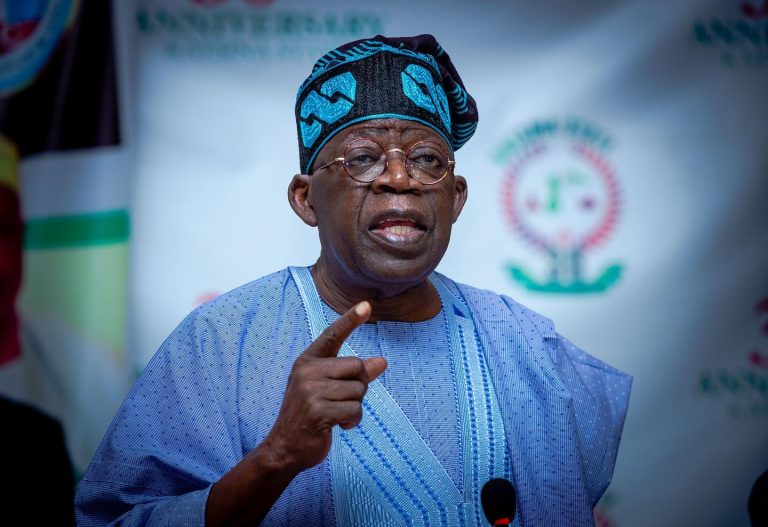 The presidential candidate of the All Progressive Congress (APC), Asiwaju Bola Ahmed Tinubu has committed another blunder at the ongoing presidential rally being held at Teslim Balogun stadium, Lagos.

In a video captured live, he was heard asking his followers to go and get their APV instead of PVC, the short form a permanent voters card that allows the electoral to perform their electoral duties.

In the video, Tinubu was  unable to correct himself as he proceeded to mention ‘APC’ instead of PVC.

It would be recalled that Tinubu has been committing several blunders in most of his presidential rallies held recently. In Imo state some weeks back, he was renamed ‘Baba Blue’ for saying ‘Baba Blue Hulla Ba’ when he wanted to say Hullabaloo to describe town hall meetings held by some media organizations which he has failed to attend.

Two days ago, Tinubu was asked saying Senator Omo-Agege will become the governor of Niger-Delta, meanwhile there is no state named that in Nigeria. He meant to say Delta state.

Asiwaju bola Ahmed Tinubu drops another banger. Oga said we should go and collect our APV. When did INEC change PVC to APV? 😂😂😂

Can never be my Peter Obi pic.twitter.com/cLLzH4No26