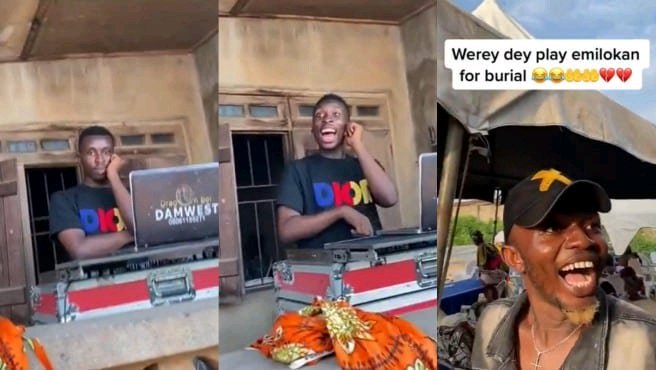 A video making rounds on social media captured the moment a DJ unintentionally played a song by Qdot Emi Lokan which translates “I’m the next” at a burial party.

Two of the guests rushed to meet the DJ to query him for playing such a tune at the celebration of life for a beloved.

It, however, took a second for the disc jockey to realise the unintended meaning the song he played at the party.

A post shared by Under The Sun Where Everything Unravels (@things_dey_occur)