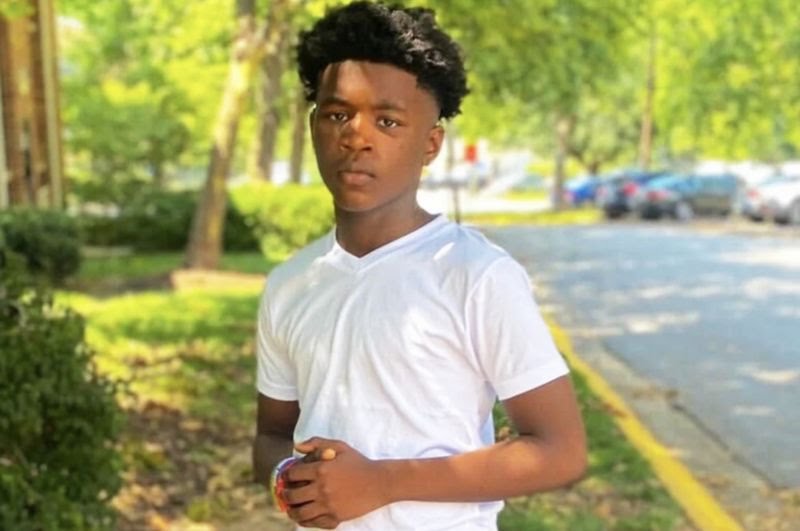 Landlord Shot 13-Year-Old Boy Dead In US, See Why (Video)

A 13-year-old black boy, Karon Blake was gunned down by a houseowner in the early hours of last week Saturday, investigators said.

According to police, the landlord, said he heard noises outside his home and saw the teenager “tampering with vehicles.”

Officials said the man who is also black went outside with his registered gun and shot the boy following an “interaction.”

So far, no criminal charges have been filed, and police have resisted public calls to name the homeowner who shot.

Police said the man called 911 after he shot the child.

Officers said they found him performing CPR on the boy when they arrived at the scene in the north-east of the city.

The shooting took place in Brookland, a neighbourhood that has undergone rapid gentrification in recent years, like other parts of the US capital.

Police in Washington DC are facing pressure to identify and charge the homeowner who fatally shot the 13-year-old boy.

Karon – who attended the nearby Brookland Middle School – was transported to a hospital where he was pronounced dead.

Police have said the teenager had “gunshot wounds“, but have not disclosed how many times he was shot.

Sean Long said: “I didn’t know you could get a gun permit and shoot someone for messing with a car.”

He added: “I’m black, if I were to kill a white boy on that street, they would’ve put me under the jail.”

Mr Long told local media he was “sad, depressed and mad“, not knowing whether his grandson would see justice.

An online fundraiser posted by someone identifying himself as Karon’s father said the boy had been “a quiet and inquisitive scholar who loved fashion and football”.

A video on the internet posted after the city council meeting shows dozens of people chanting “Justice for Karon” in the streets.

Flyers have been posted in the area by an individual or group calling itself the “DC Safety Squad“, asking the police to release the shooter’s name and photo.

“We have compiled the names and identities of all homeowners on the street and we intend to be able to identify Karon’s murderer,” the flyer says.

In a press conference on Tuesday, Metropolitan Police Chief Robert Contee condemned “reckless” misinformation about the shooting. He said innocent people were being accused and having their photos shared around.

Mr Contee, who is also black, said suggestions that the shooting was racially motivated were “wrong“.

He said that for the shooting to be legally justifiable “the person has to be in fear of their life or the life of another”.