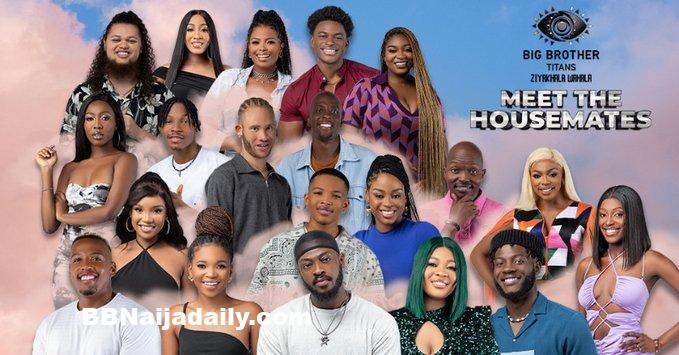 The Big Brother Titans (BBTitans) reality TV show is the first of its kind featuring housemates from two countries; South Africa and Nigeria.

The following are some of the housemates who have stepped into the Big Brother Titans house include, Yemi Craigx,Juicy Kay, Khosi, Olivia.

Speaking with the hosts of the show ( Ebuka Obi-Uchendu and BBMzansi host Lawrence) on the stage, some of the housemates gave insights into what viewers should expect from them.

For 24-year-old Olivia from Nigeria, her eyes are strictly on the money; Yemi Craigx another Nigerian, from Ekiti State, said he’s going to play the game but no one will see him coming.

Another housemate, Khosi from South Africa said she is single as a pringle and ready to mingle, she described herself as one who is misconceived as merely a slay queen while stressing she’s already working towards getting her master’s degree.