President Muhammadu Buhari has made another appointment in less than 24 hours he appointed a Deputy Commissioner of Police, as his Chief Personal Security Officer.

The President Buhari has approved the appointment of Professor Adesoji Adesugba as the new Managing Director of Nigeria Export Processing Zones Authority(NEPZA).

NEPZA is an organisation under the Federal Ministry of Trade and Investment.

The President’s approval was issued in a letter dated June 26th 2020, addressed to the Minister and signed by the Chief of Staff to the President, Professor Ibrahim Gambari.

In a statement made available to pressmen in Abuja on Tuesday by the Media Assistant to Minister of Trade and Investment, Julius Toba-Jegede, Otunba Richard Adeniyi Adebayo appreciated President Buhari over the appointment of Prof Adesoji Adesugba.

The Minister who expressed confidence over the choice of Adesugba said his wealth of experience also with his academic exposure would add value to the attainment of NEPZA’s core mandate, urging the new appointee to pilot the affairs of the agency with transparency and open-door policy that will accelerate Federal Government’s target for economic zones across the country, especially in the area of job creation.

Prof. Adesugba, an accomplished specialist in Investment Promotion and Economic Development, is a lawyer and a veteran of business promotion within and outside Nigeria

An accomplished specialist in Investment Promotion and Economic Development, Adesoji Adesugba is known for his proficiency in organizational development and institutional reforms. He has combined the best in private sector entrepreneurial acumen with an expert ability to navigate public sector practice.

Adesugba is the National Legal Adviser of the National Association of Chambers of Commerce Industry Mines and Agriculture (NACCIMA) and the Chairman of its Education Committee. Adesugba lectures part-time as a Professor of Business Administration at the Roegate College in Dublin, Ireland, and also lectured Investment Promotion at the Baden International Business School, Baden, Switzerland. Until recently, he was a visiting Professor at the American University of West Africa, Banjul Gambia.

A certified international arbitrator and mediator, Prof. Adesugba worked as the Chairman of the Industrial Arbitration Panel (IAP), a Federal Government of Nigeria agency created for the resolution of industrial disputes. Before working at the IAP, Prof. Adesugba served as a Director at the Nigerian Investment Promotion Commission (NIPC), where he was responsible for the development of strategies to promote and target investments into the Nigerian economy.

In 2005 to 2007, Adesugba was supported from the NIPC to the Bureau of Public Enterprises (BPE) as the Head of Marketing, Communications, and External Relations, to help reinvigorate the privatization exercise of the Federal Government of Nigeria. At the BPE, he served as a member of the National Council on Privatization, subcommittee on marketing, media, and publicity.

Prof. Adesugba started his career in the public service as a Superintendent Collector Grade II, at the Nigerian Customs Service in August 1982 and rose to the rank of Chief Superintendent before leaving the service for the NIPC in 1999.

He serves on the boards of various non-profit organizations dedicated to youth empowerment, economic development, gender, and policy issues.

Prof. Adesoji Adesugba got his doctorate in Business Administration with the highest distinction from the California Southern University in the USA. He has an M.Sc. degree in Investment Promotion and Economic Development from the Edinburgh Napier University in Scotland, UK, and his MBA from the Ogun State University in Nigeria.

In 1981 he got his first degree in Business Administration from the University of Lagos.

Adesugba also studied law and obtained his LL.B. from the University of Lagos in 1987. Adesugba was called to the Nigerian Bar in 1989. Prof. Dr. Adesugba has a certificate in Chinese Economic Development from the Normal University, Beijing China; a Diploma in International Commercial Arbitration from the Chartered Institute of Arbitrators (UK); and a certificate from the Columbia Law School in New York.

Adesugba is also a media and communication admirer and serves as the Chairman, Editorial Board of Sahel Standard Media Group. 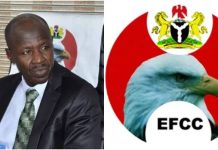 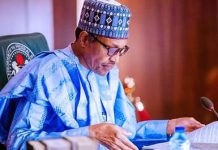 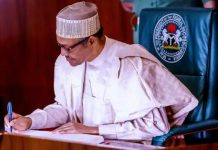 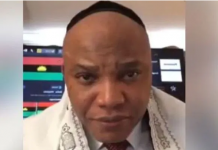 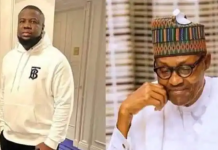