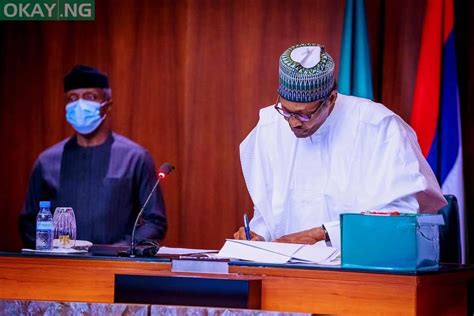 The Senior Special Assistant to the President on Media and Publicity, Garba Shehu, revealed this on Friday in a statement titled ‘President Buhari re-appoints heads of NCAC, NTDC, NFVCB.’

The four CEOs are Segun Runsewe as the Director-General, National Council for Arts and Culture; Mr Folorunso Coker as Director-General, Nigeria Tourism Development Corporation; and Alhaji Adedayo Thomas as the Executive Director of the National Film and Video Censors Board.

According to the statement, the CEOs will serve for another four years.

“The President also approved the appointment of Alhaji Ahmed Ahmed as the CEO/Artistic Director of the National Troupe of Nigeria.

“Alhaji Ahmed was until his appointment, Director of Culture in the Ministry of Culture and Tourism, Bauchi State,” the statement added.