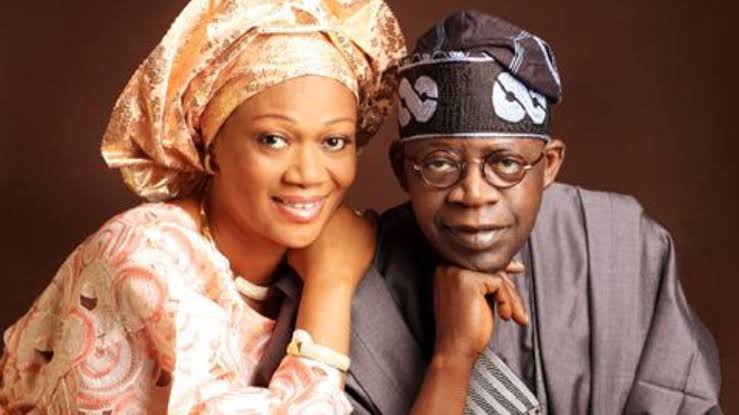 Our journey in actualising our dreams as a nation has always been a setback in a country where power is in the hands of a selected few criminals who have consciously incorporated wholesale poverty into the Nigerian system.

Women serve as a foundation to nation-building, their role in any society can never be underestimated. They stand on their feet to defend their fellow women who may have been subjected to humiliation and torture.

READ BREAKING: Buhari To Suspend Nigerian Constitution And Declare This

History has always been kind to those who fought selflessly for the country. People like, Mrs Funmilayo Ransom Kuti, Gambo Sawaba, Mrs Oby Ezekwesili and others. They served and are still serving humanity wholeheartedly without compromise.

Senator Remi Tinubu is the wife of former Governor of Lagos State Asiwaju Bola Ahmed Tinubu, a desperate and dangerous politician who is unmoved by the current situation in Nigeria.

Tinubu’s eight years as governor was hell. He deliberately impoverished Lagosians, denied thousands of schoolchildren access to free and quality education. As a result of his ungodly act, he artificially manipulated and changed the destinies of several young people and turned them into thugs for his own use.

Nigeria is a contraption that has given room for injustice, impunity and hooliganism for decades. It is this system that produced Remi Tinubu and others like her who are social misfits.

Senator Remi Tinubu, a power-drunk woman sees people as her subjects. She has no respect for humanity, her public outings show how arrogant and uncultured she is.

Remi Tinubu was caught on camera assaulting a woman,  calling her “thug” with no  justifiable reasons for saying that. The immoral attitude she displayed at the constitution review hearing clearly signified that she’s a wolf in a sheep’s skin.

There is something sinister about Senator Remi and her husband. The Lekki Massacre was just one of the evidences to justify this observation. How they removed the CCTV cameras from the toll plaza in their bid to erase evidence, etc further places emphasis on the wickedness and demonic attitude of these people.

Clearly, if such evil act could be carried out by these people, then they can go to any length to cause chaos in the country just to remain in power.

Both husband and wife were totally unmoved, unshaken, unconcerned when Nigerian soldiers opened gunfire on harmless protesters at the Lekki Tollgate.

Instead, they blamed the protesters for disrupting the activities in Lagos State. Obviously they are pained that they are losing billions of free Naira at the toll plaza because of its closure.

Remi Tinubu has never taken it upon herself as a “mother” to condemn the killings and horrific injuries meted out on the innocent citizens by Nigerian soldiers.

Thousands of harmless protesters came out with Nigeria’s flags to protest against police brutality and injustice in the country, only to be gunned down by the people who took an oath to protect them.

We have a saying that if what took laughter away from the crow had befallen the vulture, it would have been stuck on its eggs. We have different tolerant limits.

Obviously, Remi Tinubu lacks the understanding of what democracy is all about. Her self-serving interest and arrogant attitude have proven that she does not merit the position she occupies.

No doubt, she is a product of thuggery. It is certain that she won her election through ballot box-snatching, violence and wholesale rigging. Were it not for a failed electoral system that concocts results for these criminals, how will Remi Tinubu emerge victorious in a transparent, free and fair election? How?

How could that have happened? A total impossibility in a transparent election!

The signs are becoming clearer and clearer. Imagine how cruel and tyrannical this woman will be assuming without conceding that Tinubu wins an election to be Nigeria’s president as he desperately dreams! Total chaos!

The woman is too proud and arrogant, only God knows how  her domestic staff are treated, with the level of insanity and indecency that she displays in public places.

She’s clearly working hard to protect her husband’s political ambition ahead of 2023, despite having looted and are still looting Lagos State treasury.

Remi Tinubu’s ego is like one of the ‘agbero’ at the motor park in Oshodi under bridge. A review of her utterances and her disrespectful attitude towards her fellow women justifies without a doubt that she is a product of hooliganism.

The same way she disrespected her colleague Senator Smart Adeyemi at the upper chamber. Senator Smart genuinely expressed his dissatisfaction against the incessant killings and kidnappings in the country by the Fulani terrorists, but Remi Tinubu could not put her arrogance in check.

In a bid to shut down Senator Smart, she laughably accused him of working against dictator Buhari’s hostile and crumbled regime in the face of daily news reports of Fulani terrorism across Nigeria, some of which are accompanied by gory images and videos.

No birth is superior to another; as a slave is born so is a free born. Therefore, Remi Tinubu has no right to claim superiority over Nigeria’s project, or threaten anybody as she enjoys taxpayers’ money.

Meanwhile, Nigeria’s Constitution is so weak, outdated and ineffective. Our country would have been a better nation if someone can singlehandedly go to the court to redress issues and get justice.

But Nigeria’s Constitution is a fraudulent document that harbours criminality and installs vagabonds into power.

It is time for Nigerian women of good conscience to rise and condemn what Remi Tinubu did to her fellow woman. Otherwise, people will keep using her as a  reference to stop giving other women the opportunity to lead the country.

We look forward to when Nigeria will be free as a country, where  the son of nobody will confidently walk into the courtroom to challenge people in power and get justice for it.