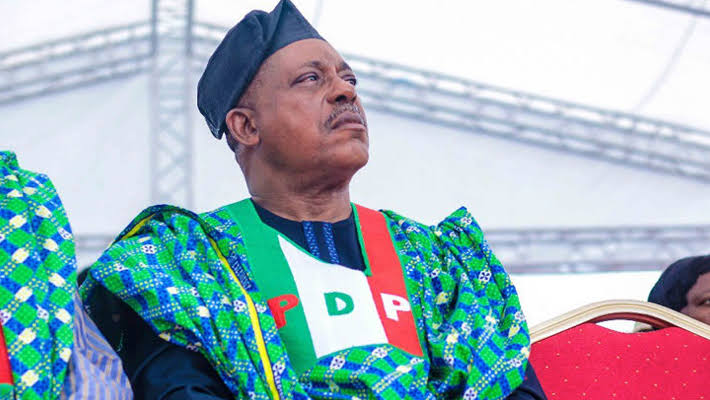 Although no reason was immediately given for his decision.

Unconfirmed reports indicated that the embattled PDP Chairman stepped down following the outcome of the National Executive Council Meeting ( NEC) meeting in Abuja attended by major stakeholders and presided by the Acting National Chairman,Elder Yemi Akinwonmi with Secondus reportedly uninvited.

The meeting said to have prioritised its chances for 2023, decided to take the big decision towards doing away with Internal troubles that could further mar its chances in elections in future.

Part of the outcome of its meeting on Saturday was the choice of Abuja as venue for its National Convention planned for 30- 31st October,2021.

Secondus had suffered restraining orders from the Degema High Court in Rivers State and a Calabar High Court in Cross Rivers. However a Kebbi High Court, another court of coordinate jurisdiction on Thursday reinstated Secondus to his office.

A committee set up by the Party led by former Senate President, David Mark had been mandated to reconcile aggrieved parties as Party leaders believe that it was important for the division in the PDP to be bridged as the party remains the last hope of Nigerians.

Secondus had until Saturday afternoon insisted that he remained the National Chairman of the PDP, as a statement by his spokesman, Ike Abonyi disclosed.

Abonyi’s statement said Secondus merely stayed away from the NEC meeting in obedience to the Calabar Court order adding that his tenure comes to an end in December 2021.