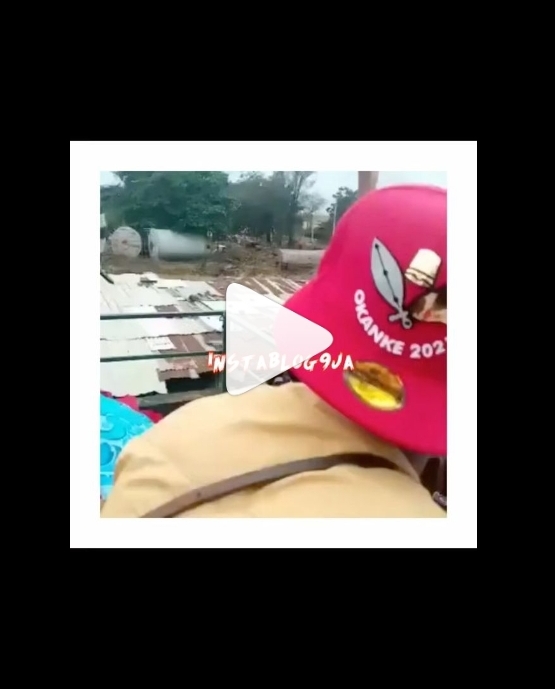 A Masquerade has gotten people talking on social media after he joined Muslims for one of the daily prayers.

In a video shared online, the Masquerade could be seen with other Muslims performing a prayer much to the surprise of people around.

People could be heard expressing shock in the background as the traditional deity symbol continued as though he did not know he was the talk of the time.