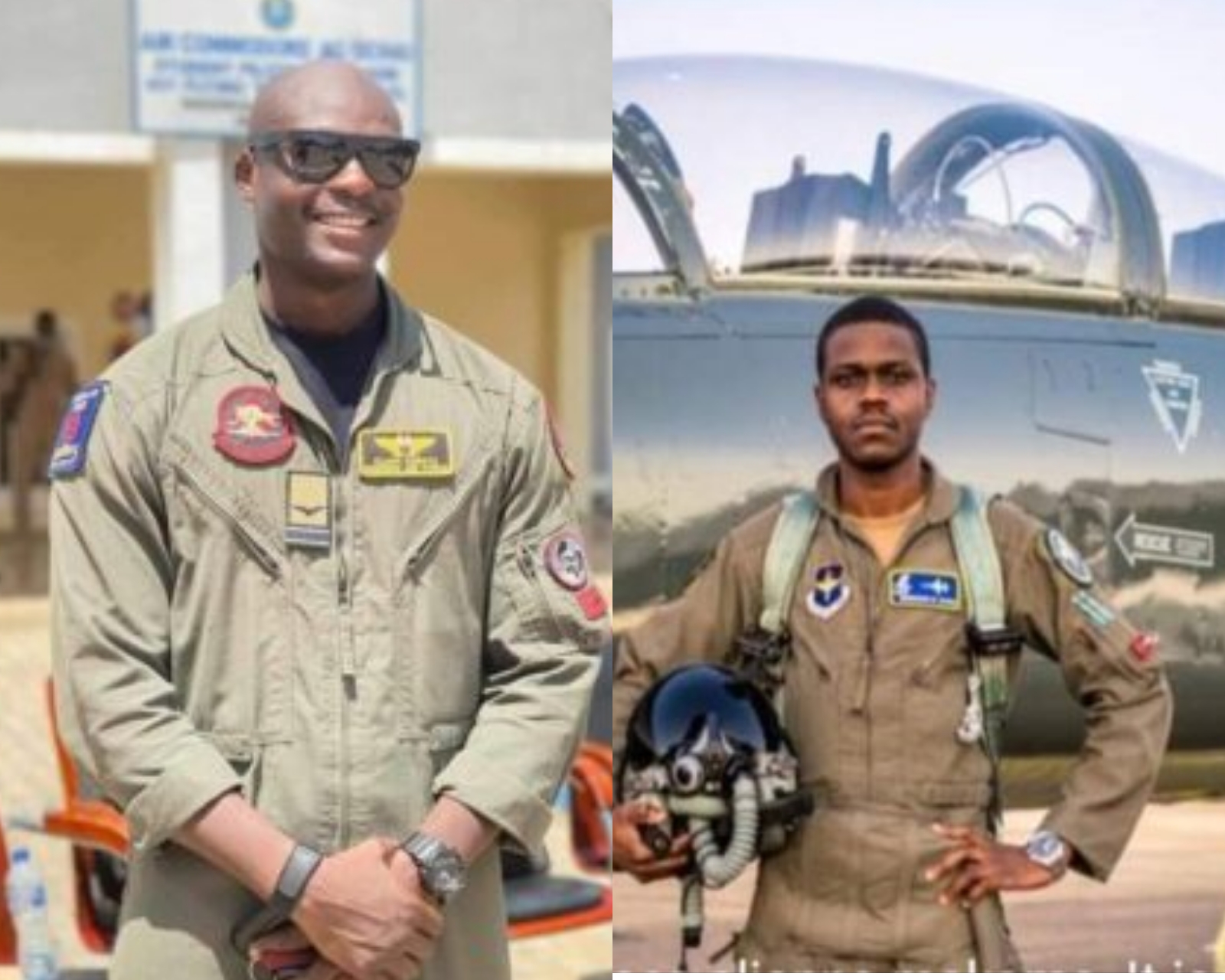 One of the officers of the Nigerian Air Force (NAF) killed in a plane crash has been identified as Flight Lt Abubakar Alkali.

The trainer aircraft crashed in Kaduna State on Tuesday evening, April 19, with two pilots on board.

The aircraft said to be a Super Mushak, reportedly crashed inside a NAF facility while on a training mission.

Family of the deceased pilot announced the sad development in a statement signed by Alhaji Sule Dauda.

The statement revealed that the officer has been buried according to Islamic rite at NAF base Central Mosque, Kaduna on Tuesday evening.

The second pilot who died in the plane crash has also been identified as Flight Lieutenant Haruna Elijah Karatu.

Karatu died during the crash together with his colleague, Abubakar Alkali.

The two officers were also amongst the Nigerian Airforce officers who returned from Pakistan in April 2021 following six-month training in the Asian country.