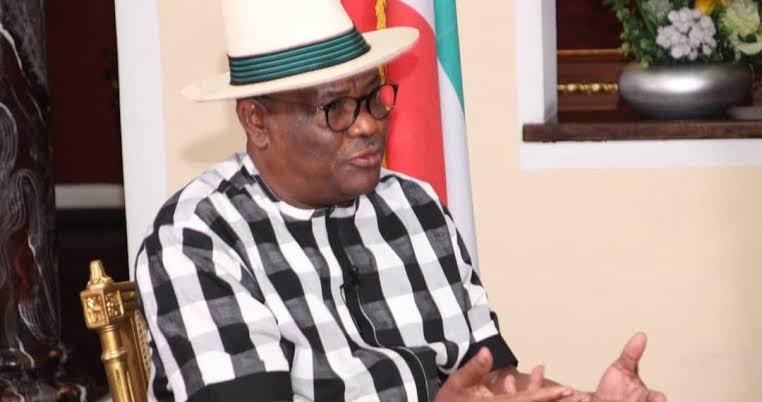 Governor Nyesom Wike of River State on Friday, requested that Atiku Abubakar, the presidential standard-bearer of the People’s Democratic Party (PDP) for the 2023 election, caution his supporters to stop spreading untrue information about him (Wike).

Reportedly, a lawsuit challenging Atiku, the governor of Sokoto State, Aminu Tambuwal, and the PDP over the party’s presidential primary election had been filed.

The Rivers State Governor however, denied filing a suit against the PDP presidential candidate stating that persons who know him well, knows he would have done two weeks after the party declared the results.

Wike, however, cautioned that Atiku will not benefit from any distractions that are not necessary when he was speaking at the commissioning of the Rivers legislative quarters. I would like to tell the candidate the following: (Atiku).

The candidate group is the one responsible for carrying out all of these activities. Let everyone in the world listen. They are the ones behind all of these schemes, and they do it with the intention of tarnishing my reputation. You can’t do that,” said Wike.

They claimed yesterday that I had taken down all of the PDP flags from the Rivers State government house. It is expected of us to discuss the strategies you will use to become elected.

These individuals who are surrounding Atiku are not doing him any favours; rather, they are working toward the goal of ensuring that he does not win the election.

“However, if that is what they desire, then I wish them the best of luck.

However, after I have given the green light to various projects, nobody should say that Wike has begun. Because whenever I begin… I’ve been by myself, and those people are always looking for trouble, even when there is none to be found.

“Come out and tell the world, ‘allow peace to reign,’” is one of my personal goals. If you say that your mother will not sleep, then you will also find that you are unable to sleep at the appropriate time.

“As a result, I have a lot of work to do commissioning projects.

Tell those who are helping you that they should also go and commission projects that will help them win their states.

However, shame will fall on all of you if you are conspiring and bringing up my name in your discussions. It’s time to call it quits.

BREAKING: Governor Wike Orders All PDP Flags To Be Taken Down From Government House

"I have told the PDP candidate, if he loses the election, it is the people around him that made him lose," he says. pic.twitter.com/13aiNZE4Al