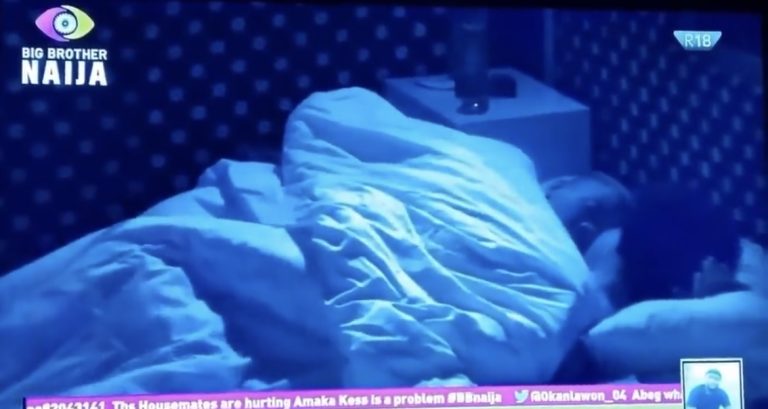 Big Brother Naija housemates, Phyna and Groovy were caught on camera in a steamy session, wrapped under the sheets on Friday night.

Phyna and Groovy under the duvet last night?? 😳#BBNaija #BBNaijaS7pic.twitter.com/5OlAVCZt6j

The act shocked many fans as it was barely a week Beauty was disqualified from the show for provocation and violence.

Recall that Beauty, who was in a relationship with Groovy, got a double strike after she threw her wig and glasses at Groovy for dancing with another housemate Chomzy after the Saturday’s party.

She broke up with Groovy that night after they had an argument.

Beauty also had an argument with Phyna for not taking her side during her fight with Groovy.