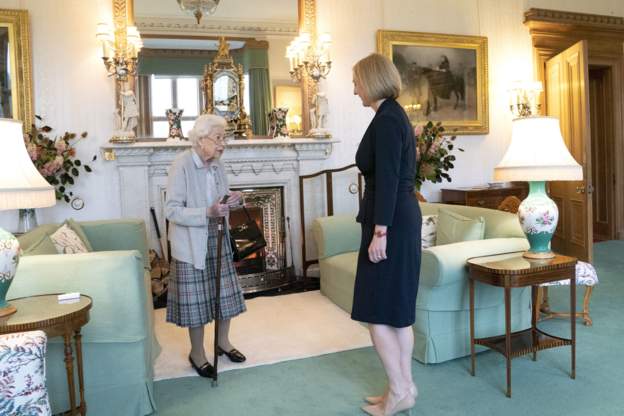 Liz Truss is now officially UK’s Prime Minister after meeting with Queen Elizabeth on Tuesday in Balmoral, taking over from Boris Johnson.

Johnson had earlier met with the Queen to tender his resignation, paving way for Truss to become the next Prime Minister.

The Queen has suffered from mobility issues which is why these meetings have happened at Balmoral Castle in Scotland instead of Buckingham Palace in London.

New Prime Minister left the Balmoral Castle after the meeting with the Queen to return to London for the work ahead.

Truss is the 14th Prime Minister the Queen has approved in her 70-year reign as the monarch, as Winston Churchill was already prime minister when she ascended to the throne.

The BBC reports that with the meeting, Truss can now get cracking with all the things that come with the job, some of which she’s already made a significant start to.

Before getting down to the policies that matter to everyone’s lives, she needs to appoint her team of cabinet ministers before their first meeting tomorrow morning. That’ll happen throughout this afternoon.

One of the first things she’ll be hoping to sign off with them are her plans to help people with rising energy bills, which is top of her in-tray.