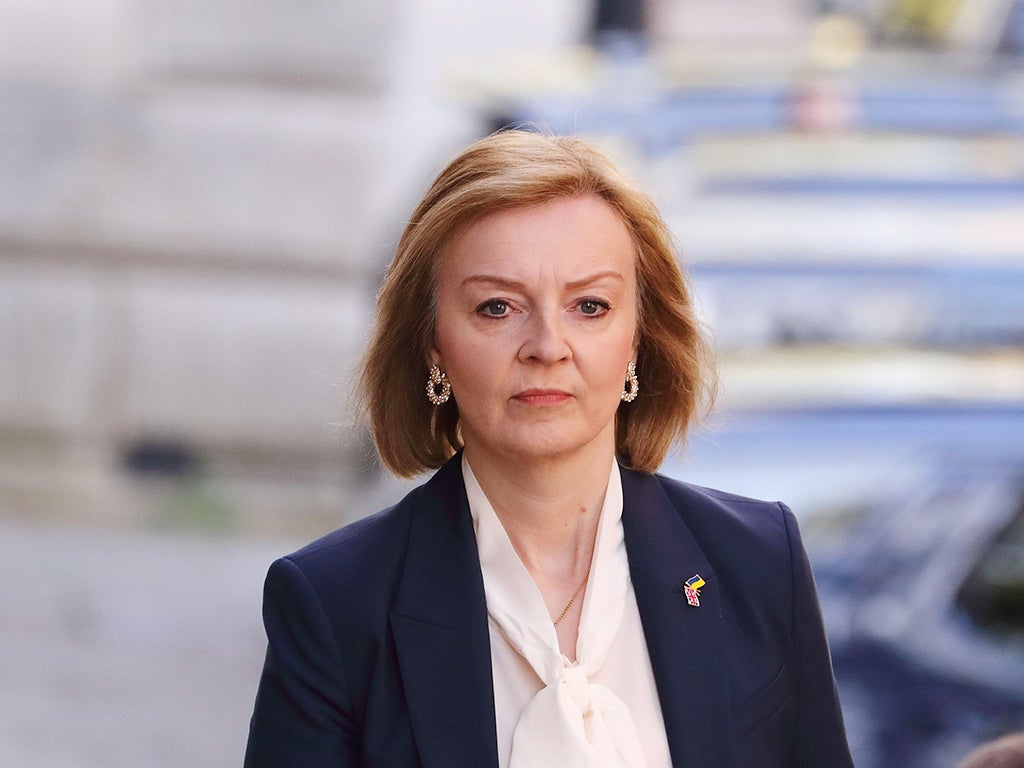 British Prime Minister Liz Truss on Friday dismissed her Finance Minister, forcing Kwasi Kwarteng to carry the can for turmoil sparked by her right-wing economic platform as restive Conservatives plotted her own demise.

The chancellor of the exchequer was dismissed in person by Truss after he rushed back early from international meetings in Washington, multiple media reports said, and she was due later to hold her first Downing Street news conference.

There was no immediate announcement of his successor, who would become Britain’s fourth Finance Minister this year.

Financial upheaval sparked by the new government’s September 23 plan to slash taxes — financed via billions in more borrowing — has subsided somewhat since the Bank of England intervened in bond markets.

But the central bank was adamant it would end its bond-buying spree on Friday, and market analysts said only a bigger climbdown by Truss following Kwarteng’s disastrous budget announcement last month would avert fresh panic.

No timing was given for Truss’s news conference, but the announcement underscored the sense of peril as some Conservative MPs reportedly mobilised to unseat the new leader just five weeks since she succeeded Boris Johnson.

Kwarteng was due to conclude annual meetings of the International Monetary Fund and World Bank in Washington this weekend, after earning a rebuke from IMF chief Kristalina Georgieva on the need for “coherent and consistent” policies.

A Treasury spokesman confirmed Kwarteng had cut short the trip “to continue work on his medium-term fiscal plan” due on October 31, after Truss held hurried meetings with her own financial advisors on Thursday in his absence.

Speculation was rife that Truss would row back on planned changes to corporation tax, having already changed her mind about cutting income tax for the highest earners.

The promised tax cuts were the centrepiece of Truss’s successful pitch to Tory party members that she rather than rival Rishi Sunak was the best candidate to replace Johnson.

That programme now lies in tatters, and Truss’s judgement is in question more than ever, after Sunak’s warnings were entirely vindicated: higher borrowing to pay for tax cuts served only to terrify the markets and drive up borrowing costs for millions of Britons.

Speaking in Washington on Thursday, Kwarteng had insisted that his job was safe. “I’m not going anywhere,” he said.

With the Bank of England’s costly interventions ending Friday, markets have already priced in a fresh about-turn by the government, leaving Downing Street with no room for manoeuvre.

“Do it now,” Mel Stride, chairman of the Treasury select committee in the House of Commons, urged Kwarteng and Truss earlier Friday.

“If it doesn’t happen, then the markets may have an adverse reaction to that,” he said on BBC television.

“There is a sense of urgency in this move and it would seem the market is optimistic that Kwarteng’s romcom-worthy dash through the airport suggests a dramatic reconciliation between stubborn existing policy and the U-turn investors have been waiting for,” she commented.

For many pundits, the self-inflicted damage risks proving terminal for Truss and her hard-right platform.

“This is a government in meltdown and an economic policy in tatters, and frankly I think the Conservative party should be hanging their head in shame at what it’s putting the country through,” senior Labour MP Ed Miliband told Sky News.