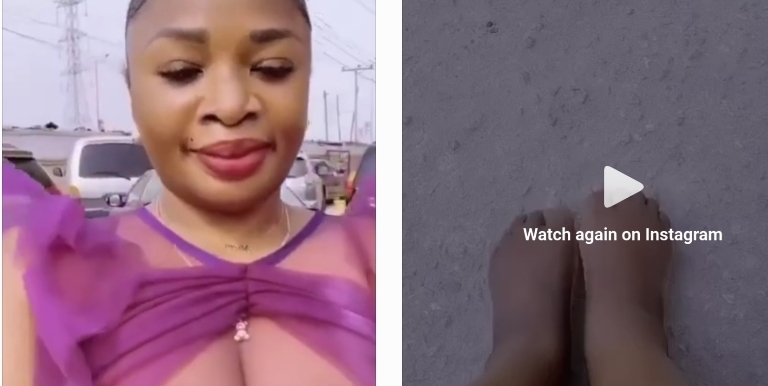 A throwback video of IVD’s late wife, Bimbo, walking barefooted at a public market has stirred massive reactions from netizens.

In the video, the late mother of five alighted from her car and stormed the marketplace without wearing shoes.

According to video shared by Gistlovers shared on Instagram with the caption:

“Here is one of those days Bimbo will walk Barefooted to the market square with money in her hand during the day as part of the sacrifice routine for ivd , she goes with her camera and tell people it’s a video shoot and it’s cultural video but we wey know as the matter know.

“She will then post it herself before bloggers will say ivd wife spotted in the market place Barefooted, she dey do this during the day then help him carry the sacrifice proper at night , she sacrificed all of this for ivd and una think say spirit of possessiveness won’t take over her when ivd wan cheat am.

“I will keep saying this again and again , stop tapping into all these social media I’ll gotten wealth,85 percent of them no clean ,don’t be intimated by them , run your race at your own pace ,no dey look thier life take judge your own.”