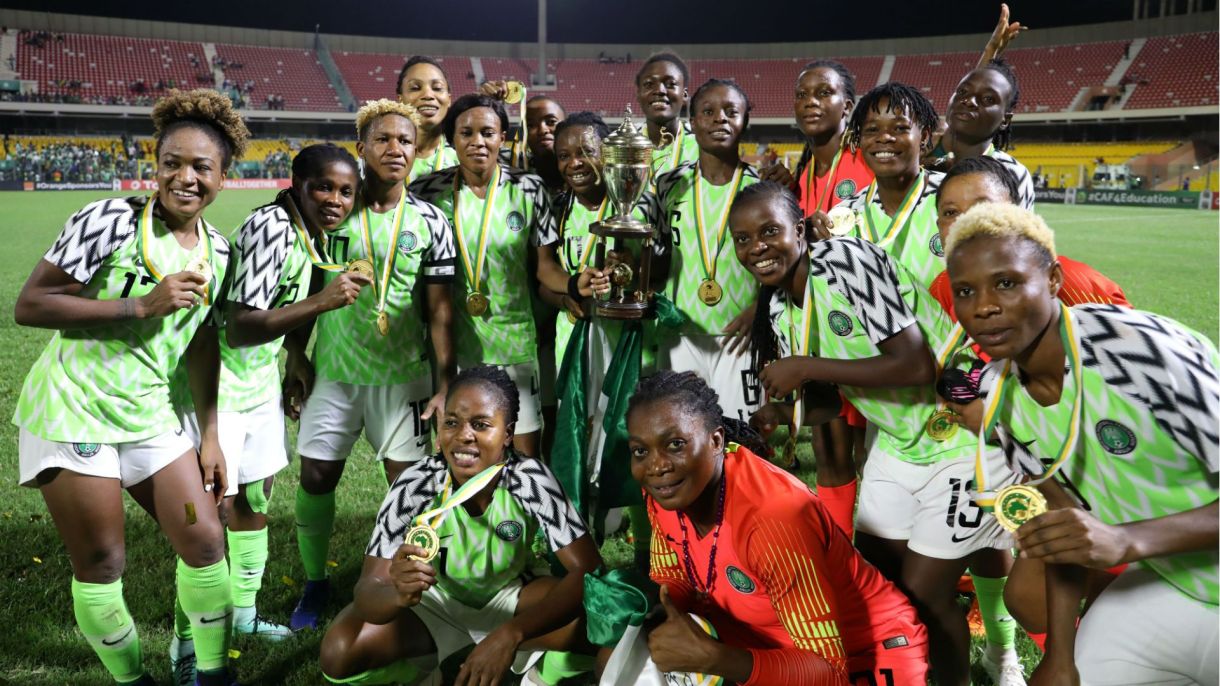 The Nigeria national women’s team, the Super Falcons, have been handed a tricky draw at next year’s FIFA Women’s World Cup to be co-hosted by New Zealand and Australia.

The Super Falcons are housed in Group B alongside one of the co-hosts, Australia, as well as Canada and Ireland.

The Super Falcons will be starting out their FIFA campaign against Canada before other games against Australia and Ireland.

Zambia, South Africa, and Morocco, the other three African countries in Saturday’s draw are in Group C and G, and H, respectively.

Zambia will be up against Spain, Costa Rica, and Japan while reigning African champions. Bayana Bayana, are in a tough group where they will have to contend with Sweden, Italy, and Argentina.

For the playoffs, Portugal, Cameroon and Thailand are in Group A; Chile, Senegal, and Haiti are in Group B; and Chinese Taipei, Paraguay, Papua New Guinea and Panama are in Group C.