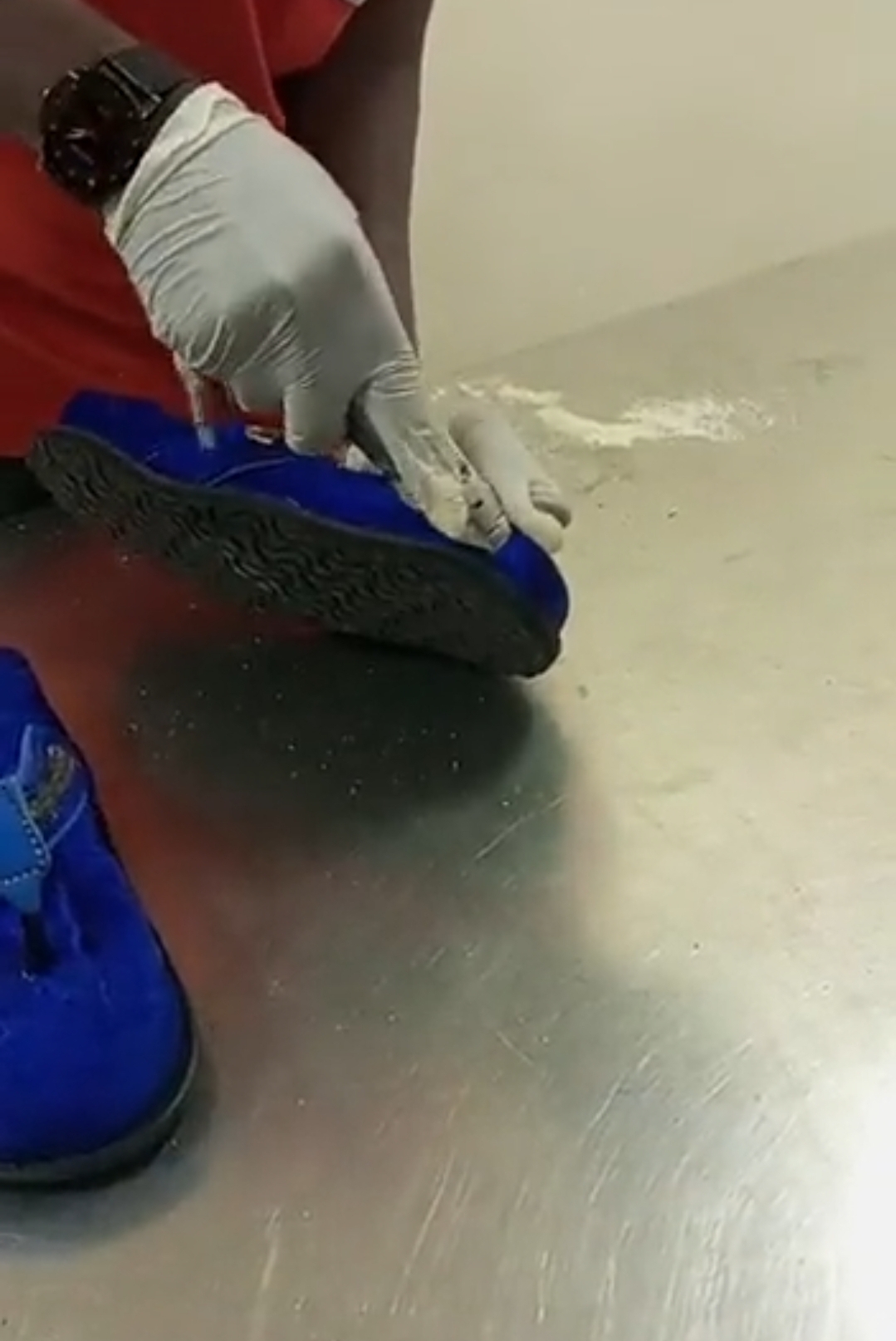 The NDLEA has uncovered three different kind of hard drugs concealed in a footwear bound to travel to UAE.

BREAKING: NDLEA Uncovers N22b Worth Of Tramadol Imported By Ukatu

In a statement shared by the agency’s spokesperson, Femi Babafemi, it was made known that the drugs include Cocaine, Cannabis and Methamphetamine.

Busted again! Just out of desperation, three different types of drugs: methamphetamine, cocaine and cannabis concealed in these footwears going to UAE as uncovered by ⁦@ndlea_nigeria⁩ at Lagos airport pic.twitter.com/wdABPyJTbt