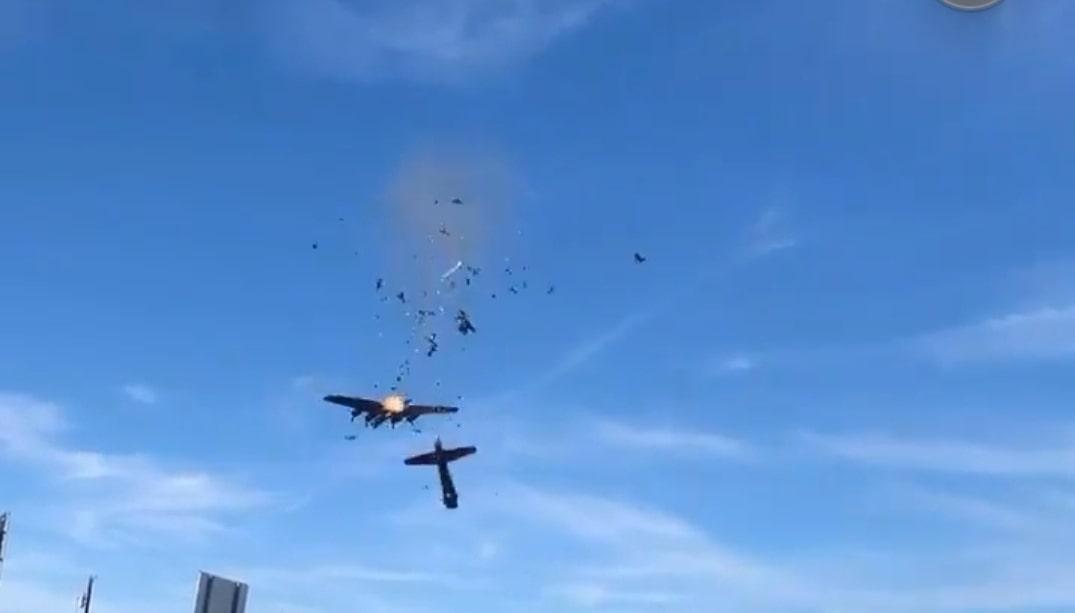 BREAKING: Two Aircraft Collide In US

Two aircraft crashed on Saturday during a World War II airshow at the Dallas executive airport in the United States.

According to videos of the incident posted on social media platforms, a plane crashed into another mid-air, after which both planes fell to the ground and went up in flames seconds later.

“Currently we do not have information on the status of the flight crews as emergency responders are working the accident.

The WWII airshow, organised by the CAF, is expected to end on November 13.