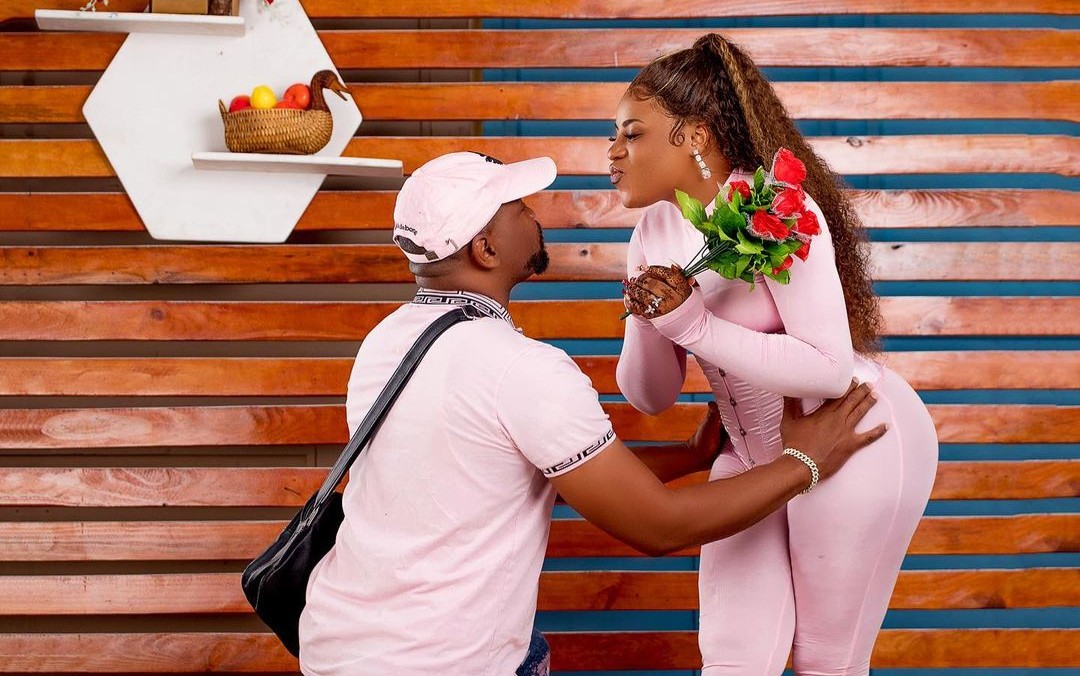 Earlier on Monday, Jasmine Okafor, an adopted daughter of actor John Okafor, popularly known as Mr Ibu, announced the end of her nine-month-old marriage to a US-based man identified as MD who she met on TikTok.

Jasmine announced this in an Instagram post after she discovered the husband was previously divorced with 3 grown kids.

She added that she has filed for a divorce as she can no longer stay in a marriage built on lies.

In her words: “A foundation built upon a tiny lie won’t stand! I love how you loved me but hate how you never mentioned your divorce not kids to me!”

“This was the best 9 months of my life! I have no regrets whatsoever! I just won’t settle for a lie regardless! I forgive easily, I remember asking you about this severally before we started!

“Finding out today from your mum really broke me! A foundation built upon a tiny lie won’t stand! I love how you loved me! But hate how you never mentioned your divorce nor kids to me! Moving on I don’t think I want anybody else! Just gonna love you from a distance!”

In another message shared on her Whatsapp status, Jasmine added: “My marriage was so beautiful and full of love, my husband literally worshipped me! I don’t know if anyone is ever going to love me as he did! But this one lie! I can’t forgive! I have filed a divorce today! I found out today that he has 3 grown-up girls! 3?

“Never told me he was married and divorced! Yes, he’s divorced, but still doesn’t change anything! I married a single loving husband! I won’t settle for less! I love him so much! I appreciate all the love you showed me! You showed me a different version of love! I appreciate but I can’t settle for a tiny lie! I can’t forget! I won’t forgive! I don’t owe anyone an explanation!! Don’t ever lie about your age for any reason! I love you MD.”

Jasmine announced her engagement to MD in a TikTok video in February 2022.

Speaking on their marriage before the crash, John Okafor in an interview with Punch said: “She is not my biological daughter but I trained her. She calls me daddy and I call her daughter. I am okay with it (her getting married). I have been praying for them and I will keep on doing that. Man and woman got to know each other one day. It is a gradual process. However, I don’t want to see tears.”