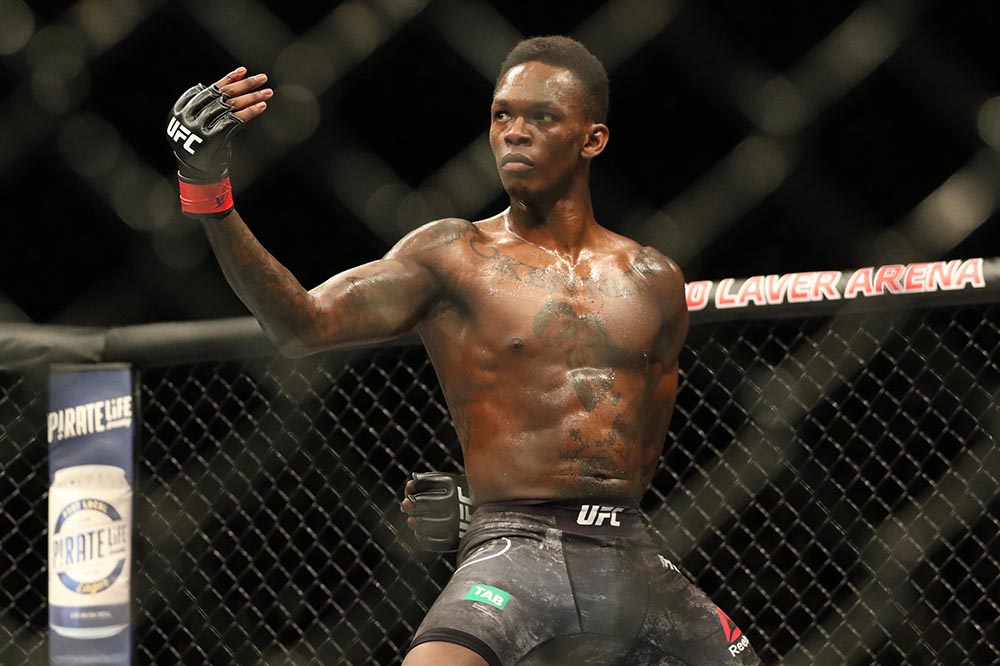 JUST IN: UFC Middleweight Champion Adesanya Arrested In US, See Why

The 33-year-old, who lost his title by TKO to Alex Pereira in New York last Saturday, was arrested by Port Authority police in the American Airlines terminal on Wednesday.

According to a report on Daily Mail, a Port Authority spokesperson at the John F. Kennedy Airport in New York confirmed the arrest, saying Adesanya was booked for possessing ‘metal knuckles.’

Brass knuckles are a Class A misdemeanor in New York, and it is also illegal to bring them aboard an airplane. It’s not clear where Adesanya allegedly stored the weapon.

Spokespeople from the UFC are yet to react to the incident.

A native of Lagos, Nigeria, Adesanya is now a citizen of New Zealand and currently lives in Auckland.

Longtime rivals Adesanya and Pereira went head-to-head on Saturday in a showdown for the UFC middleweight belt, where the latter emerged victorious after a brutal TKO stoppage late in the bout.

Despite claims that referee Marc Goddard called an end to the fight prematurely, Canadian fighter and trainer Firas Zahabi insists Adesanya should be ‘grateful’ for the decision.