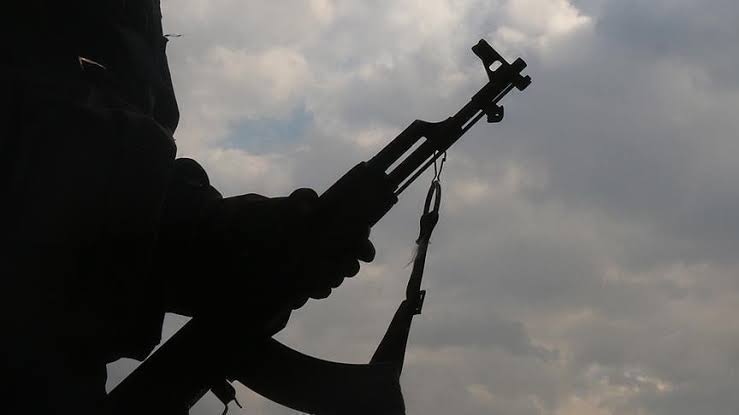 BREAKING: Gunmen Declare Sit-At-Home In A State In Nigeria

The security situation in the Igbo-Eze North Local Government Area of Enugu State appears to be worsening as gunmen have given a 10-day sit-at-home to mourn in the entire council area.

The sit-at-home was to mourn their colleagues killed by security agents in the council area.

The declaration, Onyxnewsng gathered has caused panic among residents as the gunmen ordered all residents of the area to desist from going to a popular market, “Eke Ozzi” at Ogrute, the headquarters of the council area or face the wrath of the dreaded group which has been wreaking havoc in the council area.

The hoodlums were said to have started seizing motorcycles with Nigerian number plates and also warned school authorities in the council area to lower all Nigerian flags hoisted at all secondary and primary schools in the local government.

They equally ordered schools using any uniform which has “green and white” colours on it to change to other colours or face the wrath of the dreaded group.

A resident of the local government area who pleaded for anonymity told SaharaReporters that people are being killed almost on a daily basis at the council area.

He said that the recent sit-at-home order came on the heels of renewed onslaught on their members by operatives of Ebubeagu and Nigerian soldiers which resulted in burning some residential houses of some of their leaders at Imufu, Umuagama and Aguibeje communities in the local government area.

Another resident of the area who equally pleaded for anonymity said, “The trouble started when some politicians in the council area split a group of thugs which they have been using during elections in the local government and trained some of them as Ebubeagu militias.

“The splinter group are now in a supremacy or cult war with the trained Ebubeagu militias in the local government area and that is why there is chaos and insecurity in Igbo-Eze North now.”

“Those fighting are neither members of the Indigenous People of Biafra nor Eastern Security Network,” the source explained.

The women were reported as saying “We are angry that we do not have peace in our villages, our state and county. We want our leaders to stop the killings of our children and other loved ones.”

Efforts to get the Enugu State Police Command’s response were unsuccessful as the Command’s spokesman DSP Daniel Ndukwe, could not answer phone calls made through to him.