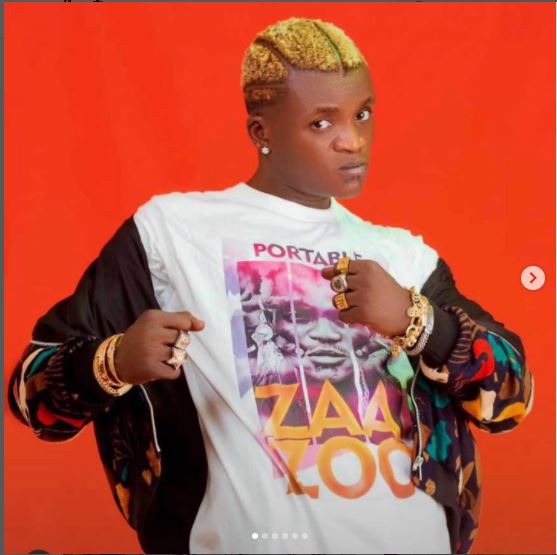 Popular Nigerian singer, Portable reportedly knocked a woman down with his car.

According to eyewitnesses, Portable was driving recklessly on Friday, when he hit the woman in Ipaja area of Lagos.

A video making the rounds online showed the Zazu Zeh Star, who recently released his debut album “Ika of Africa,” profusely begging a woman who’s alleged to be the victim as he led her away from the scene where onlookers had gathered.

Singer Portable seen begging his victim profusely after knocking her down while driving recklessly in Ipaja, Lagos