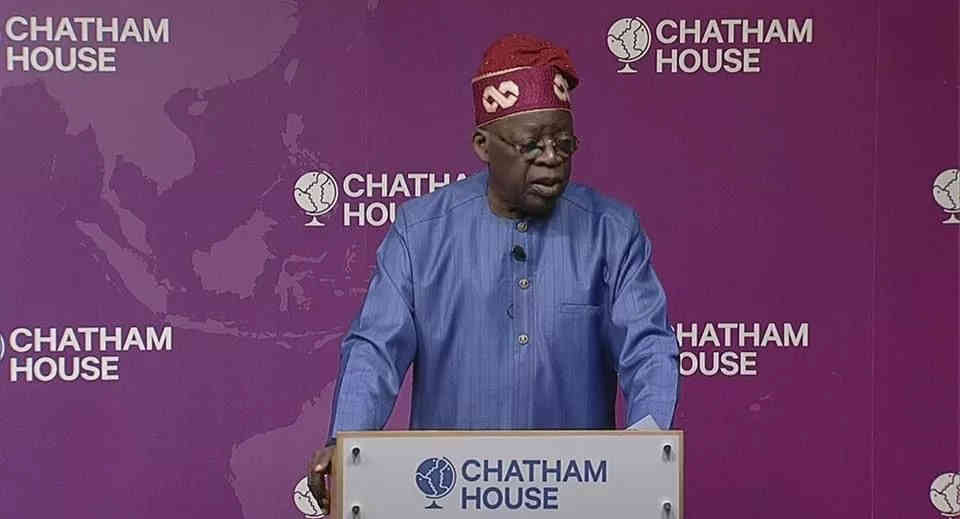 Asiwaju Bola Tinubu, a former governor of Lagos and the All Progressives Congress’ (APC’s) presidential candidate, on the 5th of December went with his entourage to the UK.

On Monday, Tinubu travelled to discuss his “Renewed Hope Agenda” at the Chatham House in London as part of preparations for the 2023 election.

The APC candidate outlined his plans for security, the economy, and foreign policy at the UK’s premier institution for foreign and policy think tanks. He was accompanied by the Speaker of the House of Representatives, Femi Gbajabiamila, the Governors of Jigawa and Kaduna States, Abubakar Badaru and Nasir El-Rufai, as well as the former Governor of Ekiti State, Kayode Fayemi.

In his manifesto, Asiwaju stated his intention to create a strong architecture capable of effectively combating terrorism, banditry, kidnapping, and other criminal activities wrecking havoc across the nation.

Asiwaju Bola Ahmed Tinubu, the All Progressives Congress (APC) presidential’s candidate, spoke to the British Royal Institute on Monday about the 2023 general elections.

The speech, which was given at Chatham House, concentrated on the need for sound foreign, domestic, and national security policies.