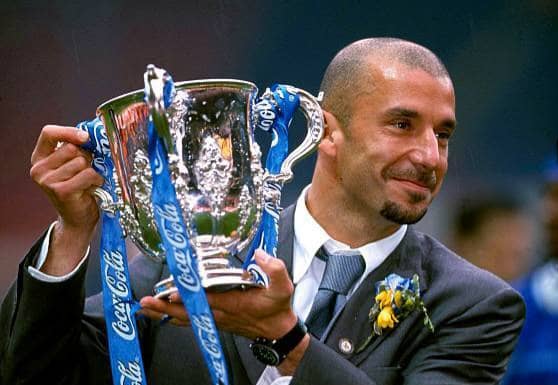 Former Chelsea striker and manager Gianluca Vialli has died at the age 58.

Vialli was diagnosed with pancreatic cancer in 2017 but after saying in April 2020 that he had been given the all-clear, he was re-diagnosed in 2021.

He announced a temporary leave from his role with Italy’s national team in December to focus on his health.

Vialli played 59 times for Italy and won the Champions League with Juventus before joining Chelsea in 1996 and becoming player-manager in 1998.

He had joined Juventus in 1992 for a then world record £12m after winning the Serie A title and the European Cup Winners’ Cup during eight seasons with Sampdoria.

2023: Tinubu Promises To Transform Yahoo Boys, Others If Elected President

Vialli was the first Italian to manage a Premier League side, taking over from the sacked Ruud Gullit late in the season, and went on to lead the Blues to victory in the League Cup, Uefa Cup Winners’ Cup and Uefa Super Cup.

He also guided Chelsea to victory in the 2000 FA Cup final and Charity Shield but was sacked early in the following season after a poor start.

The striker also had a short spell at Watford, then in the second tier, during the 2001-02 season but was dismissed after the Hornets only finished 14th.