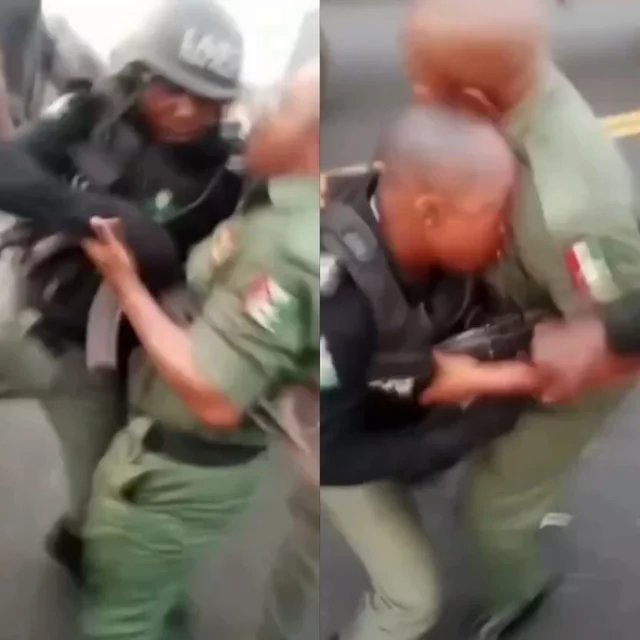 A video of a policeman and soldier fighting on a Lagos road had gone viral on Wednesday.

Though, the Lagos State police command spokesperson, Benjamin Hundeyin, has revealed that the soldier seen fighting a policeman on Wednesday was a passenger on a bus driving against traffic.

Giving an update on the incident on Wednesday, Hundeyin said the soldier had been angry that the bus moving against traffic had been stopped and got into a scuffle with an armed policeman.

Hundeyin said, “The soldier, who was a passenger, directed the driver to drive against traffic. The policemen stopped the vehicle and the soldier took offence that the vehicle he boarded was stopped.

“He, therefore, decided to attack the armed policeman. The Army have been informed.”

Some soldiers try to disarm police task force in Lagos and they put up a fight. pic.twitter.com/g47WBOJiwp