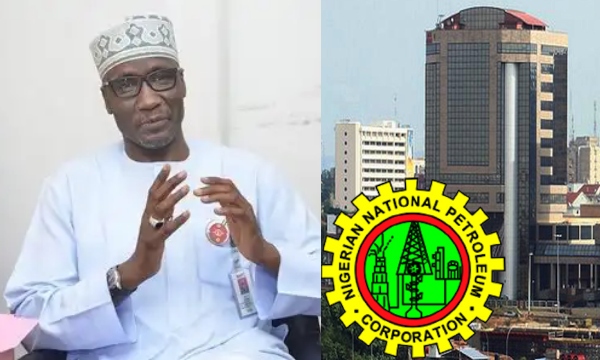 Major shake-up in NNPC has led to the forceful retirement of top executives, adn northerners are taking over, according to NewsOne Nigeria.

Onyxnewsng understands that there is tension in the Nigerian National Petroleum Corporation (NNPC) over a reported compulsory retirement of about 40 top management officials, which was approved by the Group Managing Director, Mele Kyari.

Reliable sources at the corporation said the affected senior NNPC officials are group general managers and general managers. It was gathered in Abuja, Nigeria on Thursday, that the affected GGMs and GMs were asked to leave the employ of the oil organisation on Wednesday.

The sources also stated that the reorganisation affected other very senior positions at the headquarters of the national oil firm, also in some of its subsidiaries.

“The one that is raising concern at the corporation is that most or all the top management staff from M-3 to M-4 who are due for retirement within a year were asked to leave yesterday (Wednesday),” a reliable source told PUNCH.

Major shake-up in NNPC
The source who knows about the development said, “About 40 GGMs and GMs were asked to leave, as they were retired by the corporation yesterday (Wednesday). Most of those affected are also not happy because they felt they were not due for retirement.“However, they were all asked to leave yesterday and that is raising dust and concern among staff at the corporation,” the source added.

On what was the reason they were asked to resign, the source stated that the management said it was done for the upcoming employees to have positions to fill.

The source added, “But ask yourself this question, how long will it take the upcoming staff to get to those positions?
“The system is currently heated up and employees from certain regions of the country are not happy about this.”

PUNCH quoted another source to have said that a top chief operating officer was redeployed to head another department that was viewed as lesser than his previous office.

The source said, “As at this week, the corporation witnessed a massive shakeup. The management had to readjust some prominent positions.
“One of such is the movement of a top chief operating officer from a position that he only assumed last year to another position of COO that is not comparable to his former office.”

This, according to sources, was not welcomed by some persons in the corporation, especially those from the region where the affected COO hailed from.
“Another issue is that in the corporation, we have two categories of subsidiaries, the ones considered as redundant and the ones considered as grade A subsidiaries, such as NAPIMS, NPDC, shipping, NNPC Trading, PPMC,” a source said.

However, reports stated that the silent exercise was calculated to ingratiate particular interests, which is promoting Northern agenda to pacify President Muhammadu Buhari and the infamous Aso Rock cabal.

According to PUNCH , the nepotism-driven shakeup, the Fulanis and people from the Northern region have been written down for major positions from the last drama called the recruitment exercise in 2019.

This newspaper gathered that these officers have been positioned to take over the vacant positions silently, but there is fear that the corporation was losing good hands to mediocrity and subservience.
The report said the system is currently heated up and employees from other regions of the country are unhappy about the whole thing.

About the posting and deployment in the national oil firm, sources divulged that officers from the northern part are made to head plump and active departments of the corporation while officials from other parts of the country head redundant departments.

Sources said that a top chief operating officer from the southern region has been moved from a position that he only assumed last year to another position of COO that is not comparable to his former office. This, according to sources, was not welcomed by some persons in the corporation, especially those from the region where the affected COO is from.

Some of the affected officers on Friday officially handed over at the corporation’s headquarters in Abuja.

The report added that efforts to reach the new group general manager, Public Affairs Division of the corporation, Kennie Obateru, for his reaction to the development proved futile. 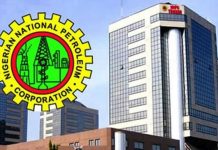