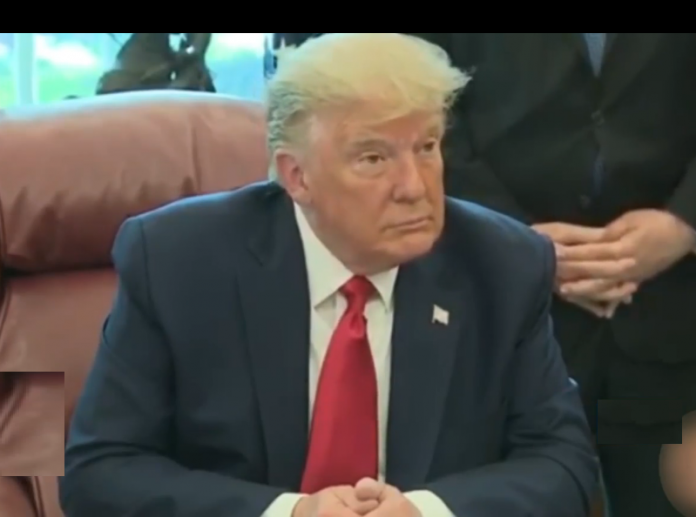 President Biden has barred Trump from doing this mentioned below from White House.

OnyxNews Nigeria reports that President Joe Biden of the United States said on Friday that he would bar his predecessor, Donald J. Trump, from receiving intelligence briefings traditionally given to former presidents, saying that Mr. Trump could not be trusted because of his “erratic behavior” even before the Jan. 6 attack on the Capitol.

This online news platform understands that the decision was the first time that a former president had been cut out of the briefings, which are provided partly as a courtesy and partly for the moments when a sitting president reaches out for advice. Currently, the briefings are offered on a regular basis to Jimmy Carter, Bill Clinton, George W. Bush and Barack Obama.

Speaking to Norah O’Donnell of CBS News, President Biden said former President Trump’s behavior worried him “unrelated to the insurrection” that gave rise to the second impeachment of Mr. Trump.

“I just think that there is no need for him to have the intelligence briefings,” Mr. Biden said.

“What value is giving him an intelligence briefing?” Biden added. “What impact does he have at all, other than the fact he might slip and say something?”

The White House said this week that it had been reviewing whether the former president, whose impeachment trial in the Senate begins on Tuesday, should receive the briefings. The chairman of the House Intelligence Committee, Representative Adam B. Schiff, said last month, just before Mr. Biden’s inauguration, that Mr. Trump’s access to any classified information should be cut off.

“There is no circumstance in which this president should get another intelligence briefing, not now and not in the future,” said Mr. Schiff, Democrat of California, who was the House manager for Mr. Trump’s first impeachment trial, a year ago.

“Indeed, there were, I think, any number of intelligence partners around the world who probably started withholding information from us because they didn’t trust the president would safeguard that information, and protect their sources and methods,” Mr. Schiff said. “And that makes us less safe. We’ve seen this president politicize intelligence, and that’s another risk to the country,” he added.