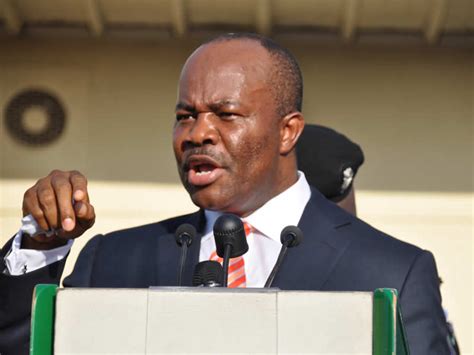 Another top politician has been fingered in Ini Umoren’s murder case.

Onyxnews reports that the former Governor of Akwa Ibom state, Godswill Akpabio has responded with a lawsuit after he and his wife were fingered in the death of Uyo Job seeker, Iniubong Umoren, who was gruesomely murdered by one Akpan Frank Uduak.

This online news gathered that an investigative journalist, David Hundeyin went deeper into the matter, tracking the numbers Frank used in communicating, including some of the properties used in perpetrating this murder act as it was not the first time, and concluded that one of the properties belongs to Godswill Akpabio and his wife, Unoma Akpabio.

Meanwhile, Onyxnews understands that David Hundeyin has responded to this lawsuit, and revealed that He is not afraid of any form of lawsuit.

Hi @Senator_Akpabio, this has come to my attention.

First of all, no idea why the lawyer you hired addressed it to BusinessDay as if I work there🤷🏿‍♂️