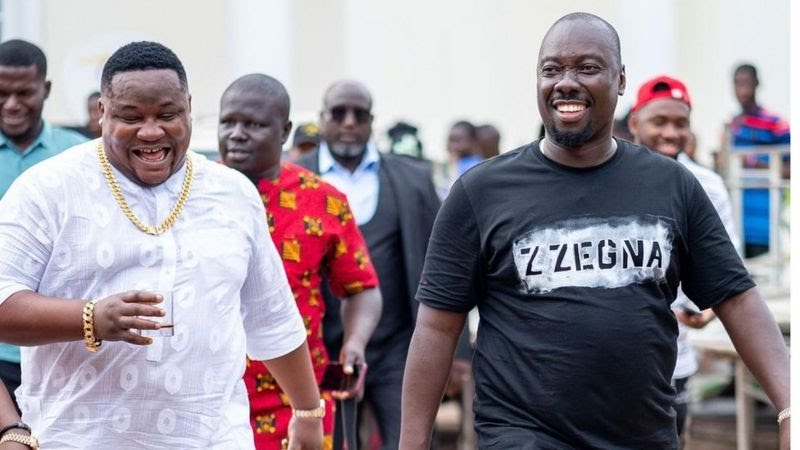 In one of the videos uploaded by Obi Cubana on his Instagram during the days-long celebration of life for his mother, he is seen spraying naira notes to people around him.

In another video, he is seen dancing on naira notes sprayed on him by guests at his party, while Kanayo O Kanayo and other guests were also captured on video spraying Cubana naira notes.

The act of spraying naira and dancing on the note is an abuse of Nigeria’s currency, and it contravenes Section 21 of the CBN Act 2007, which stipulates six months jail term.

According to the act:
(1) A person who tampers with a coin or note issued by the Bank is guilty of an offence and shall on notes and coins imprisonment for a term not less than six months or to a fine not less than N50,000 or to both such fine and imprisonment.

(3) For the avoidance of doubt, spraying of, dancing or matching on the Naira or any note issued by the Bank during social occasions or otherwise howsoever shall constitute an abuse and defacing of the Naira or such note and shall be punishable under Sub-section (1) of this section.