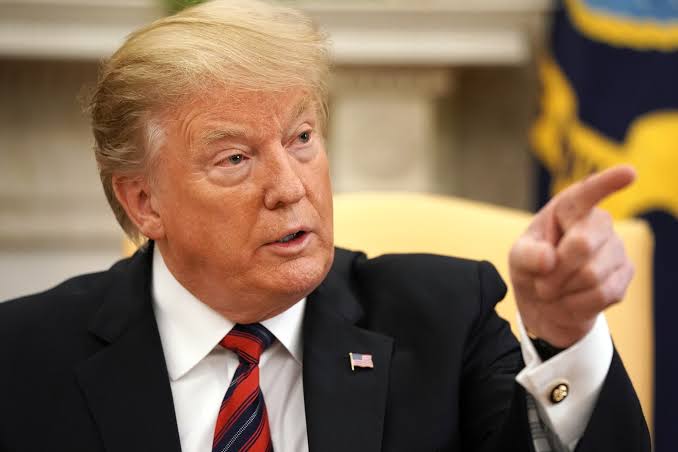 Former US President Donald Trump has asked a federal judge in Florida to force Facebook to reinstate him on the platform.

Thursday’s filing, in the U.S. District Court for the Southern District of Florida, was for a preliminary injunction on Facebook’s ban while he continues to try to get permanent access .

Trump was banned by U.S major social media platforms for his role in the Jan. 6 Capitol riots, Onyxnewsng can recall.

In July, he brought a class-action lawsuit alleging censorship by Facebook, Twitter and Google’s YouTube, along with their respective CEOs Mark Zuckerberg, Jack Dorsey, and Sundar Pichai.

The case is still pending.

“This preliminary injunction against Facebook seems appropriate to file this week since they’ve been big in the news lately for all the issues they’re facing,” said John Coale, lead counsel at the Constitutional Litigation Partnership, a legal entity created by Trump earlier this year.

His legal team argues Facebook is muzzling him while being a major avenue for public discourse and an essential tool for politicians to connect with voters and win elections.

In the preliminary injunction, as reported by Washington Examiner, Trump’s legal team argued that by “cutting him off from the most effective and direct forms of communication with potential voters,” Facebook is “threatening irreparable damage to the Republican Party’s prospects in the 2022 and 2024 elections.”

It also says that Trump faces irreparable harm and significant losses due to being cut off from his donors and merchandising platforms as well as his ability to communicate his views and endorse local candidates.

In the original class-action lawsuit filed against Facebook in July, Trump represents a larger group of people allegedly unfairly censored by improper content moderation policies devised by government and Big Tech working together.

“Big Tech companies are being used to impose illegal and unconstitutional government censorship,” alleges the suit, which it claims is occurring due to Democrats in Congress “coerc[ing] platforms into censoring their political opponents.”

Trump said this “coercion and coordination” between Big Tech companies and the government is unconstitutional.

The Supreme Court has ruled that Congress cannot use private actors to achieve what the Constitution prohibits it from doing itself.

However, the First Amendment’s freedom of speech protections do not apply to private organizations and platforms, such as Facebook or Twitter, meaning Trump’s lawsuit is unlikely to succeed, according to several First Amendment lawyers.

Trump is challenging whom the First Amendment protections on speech should apply to in his preliminary injunction.

Facebook found that Trump violated its content moderation rules, prompting it to ban him.
Facebook’s independent Oversight Board found that two key posts by Trump on Jan. 6 “severely violated” Facebook’s content moderation standards. Trump’s comments, which Facebook determined were directed at rioters, included “We love you. You’re very special” and another referring to “great patriots.”

The board also found that Trump’s “unfounded” claims of fraud regarding the 2020 election and his persistent calls to action to change the result “created an environment where a serious risk of violence was possible.”
The Oversight Board was announced in 2018 by Zuckerberg as a separate entity that would help the social media giant handle thorny decisions involving content moderation.

Trump’s legal team expects that its case against Facebook and other social media platforms will continue to be fought in the courts for many months before eventually going to the Supreme Court.