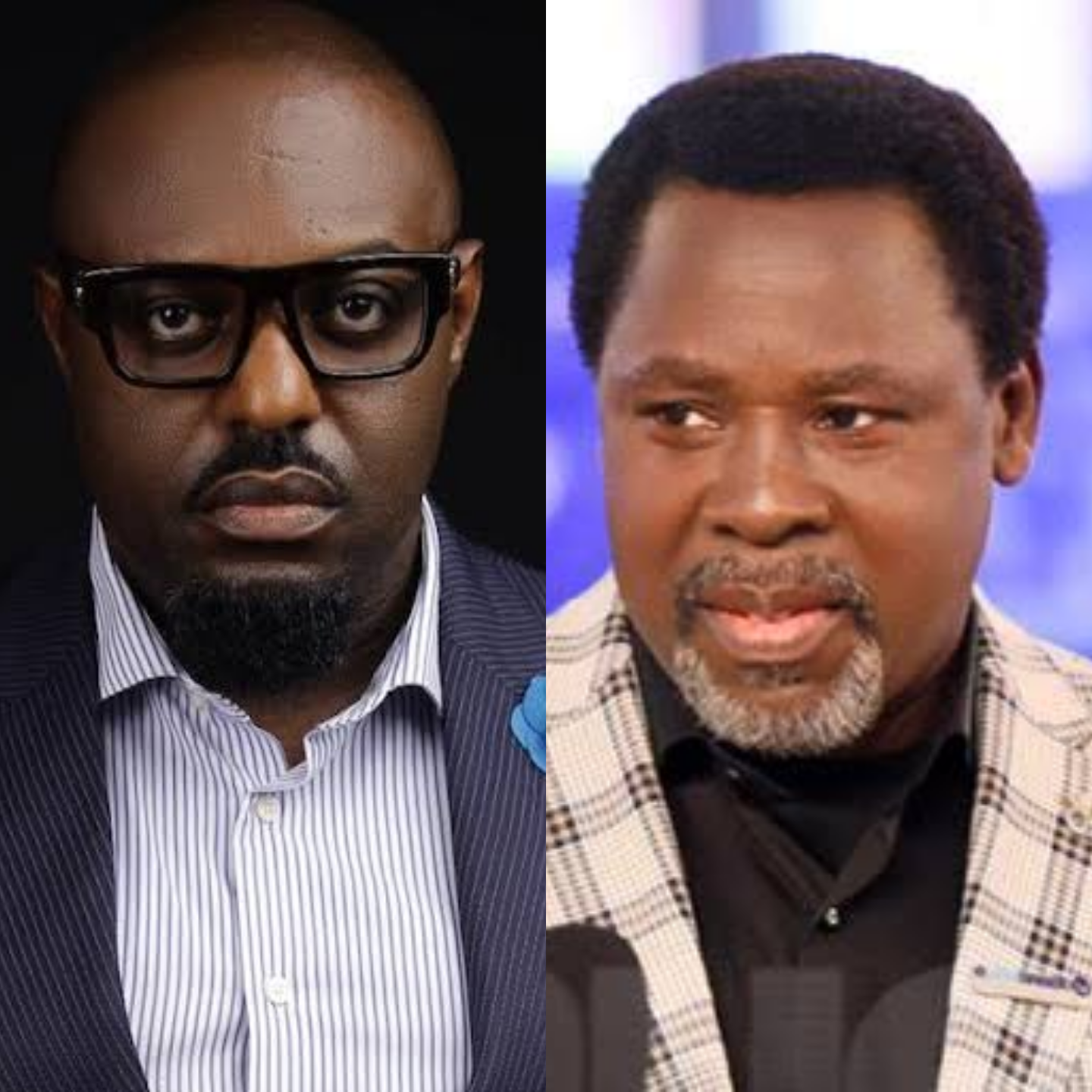 Popular Nigerian actor, Jim Iyke has said that it will not be easy for him to forgive the late Prophet T.B Joshua for what he did to him some years ago.

Jim Iyke who is also a movie producer became a topic of discussion on National Tv and social media when a video of Jim Iyke’s purported deliverance at the Synagogue Church went viral on the internet.

A viral video of an evil spirit speaking through the actor was heard saying while being delivered that it was responsible for the inability of the actor to get married.

The actor in a new interview with Channels TV, has accused the late man of God and general overseer of the Synagogue Church of All Nations, Late T.B Joshua for what he did when he took his mother to his church for deliverance.

“And I said common men, this is childish, this is not what we came here for.

Let’s move mom out of here and keep looking for medical help. Then we were about to go to South Africa, there was this young man that was recommended to us, a specialist as well.

“Then the gentleman in question looked at me and saw the amusement on my face and touched me. Now I can’t explain what happened within that space of time. Within that 5 minutes, whatever happened happened.

“I’m not here to start proffering explanations to spiritual things that are way beyond me. I’m a man that understands how things work. That I cannot explain and nobody can suggest anything otherwise because personally, I know what happened to me.”

READ ALSO: How To Get A Job In USA From Nigeria, Check Here For Details

“Within that time lacks explanations, they said I said stuff, did stuff which I found to be extremely embarrassing.”

“At that point, even I’m told there’ll be a cure in hell I’ll go. You are talking about your mother. So we went.

“I can remember I went there with my security man, my sister, and PA. And when we got there, I was upstairs but there was the constant insistence that I come to church. And I said, ‘but that wasn’t the arrangement because I kept my mum in the hospital and was expecting that you’ll lay your hand on her and she’ll get better, but they said ‘no you must come to church.”

“Then my sister forced me and we went to church downstairs. I was there when the whole stuff of touching people started, I found it a little laughable seriously because this is national TV and people watch from all corners. I can remember my sister pinched me and said, ‘you’ve got to stop.”