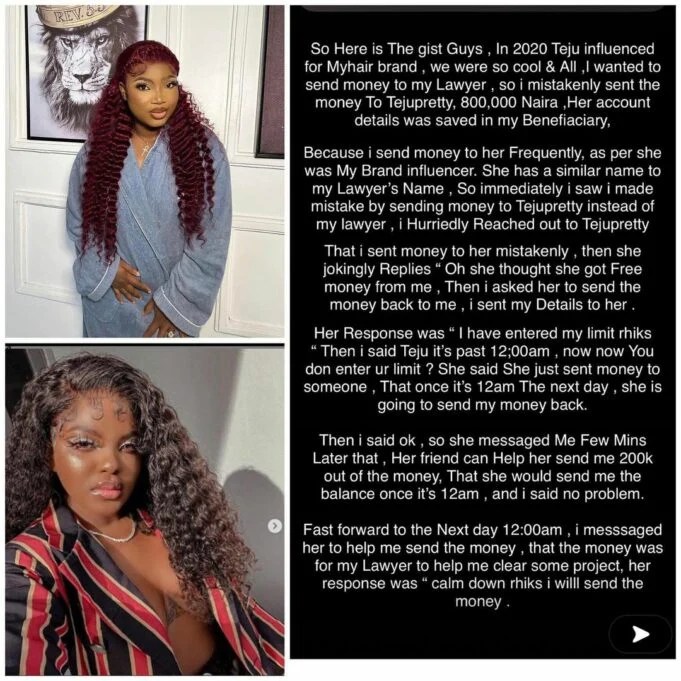 Controversial Instagram star Teju Pretty has allegedly been tortured and humiliated for refusing to repay a debt of N150k to hairdresser Rhiks hair.

Rhiks, who used Snapchat to explain how the situation came to be, claimed that in 2020 she gave N800k to Teju by accident because Teju was an influencer for her company at the time.

She said she contacted Teju to refund the money because it was meant for her lawyer, but she kept giving her excuses and managed to pay back N650k.

Till date, Teju allegedly refused to refund the balance of N150k even after she asked for it repeatedly, and became rude to her and berated her for ‘disturbing her peace’ because of N150k.

Rhiks decided to take matters into her hands and seemingly lured Teju to a location where she confronted, beat, and stripped her naked for failing to refund her money.

Read Rhik’s side of the story below…