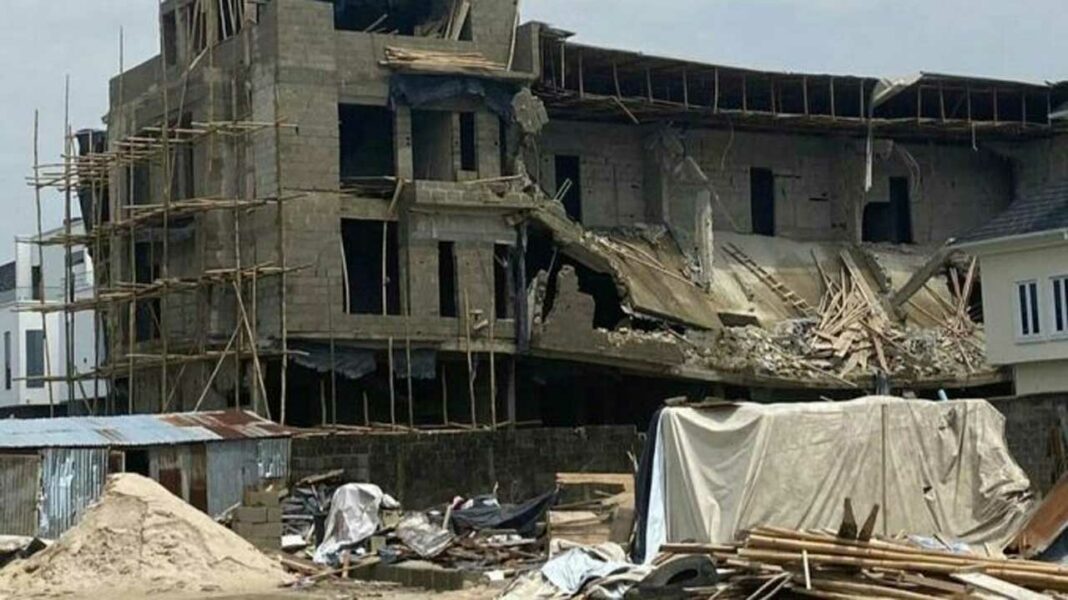 Emergency responders have recovered two dead bodies from the rubbles of a building that collapsed in the early hours of Sunday in Lekki, Lagos State.

He said operations were ongoing to rescue the remaining trapped persons under the rubbles.