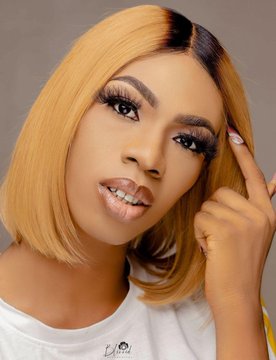 James Brown, whose full name is James Chukwueze Obialor, is a Nigerian cross-dresser, who prides himself as the Princess of Africa, is subject to controversy after his tape where he is smashing unidentified lady leaked online moments ago.

James Brown rose to prominence after coming out as a cross-dresser some years ago.

James brown video was leaked on the social media network, Snapchat and quickly made its way to Twitter, where it is now trending.

However, unlike Tiwa Savage, who was heavily attacked when she was a victim, most social media users appear to be praising James Brown’s s3xual skills, and this subject appears to have dominated the comment sections of most Twitter profiles that posted the controversial video.

The cross-dresser allegedly created a Snapchat streak to illustrate how he smashed an unidentified girl, which has now gone viral on the internet with many searching for James brown leaked video after it was published online.

James brown leaked video is coming months after he revealed that he sponsored himself to a University in the United Kingdom. The self-proclaimed Princess of Africa disclosed this via his Instagram page on Tuesday as he celebrated his 22nd birthday.

Earlier that month, February 2022 to be precise, James Brown had announced to his fans with a flurry of Instagram posts that he had relocated to the United Kingdom.

Sharing a video of himself giving a classroom presentation, the social media personality had said he decided to gift himself a university education for his birthday this year.

“What a beautiful gift I gave myself this year by sponsoring myself to study in a university in UK.

“I never stopped dreaming of the impossible because earlier this year I made the decision to support myself through university and I was faced with one of the biggest obstacles in my life,” he wrote.