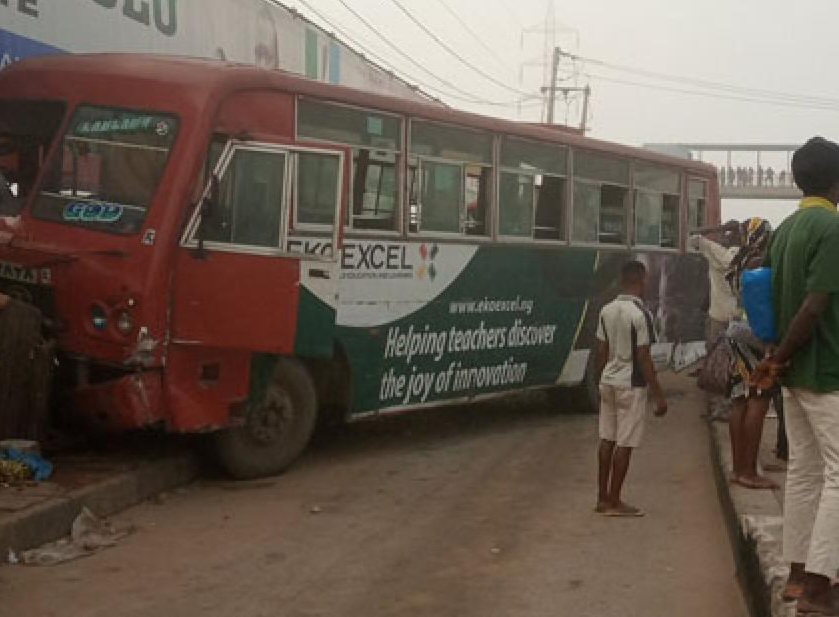 In the video that circulated on social media, one of the red buses rammed into a billboard while the other one hit it behind and another commercial bus followed suit causing heavy gridlock in the vicinity.

However, commuters have converged at the scene to see to the free flow of vehicles and a state ambulance van has been deployed to rescue the casualties.