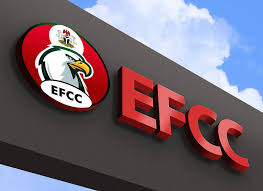 14 former governors, eight erstwhile Ministers and Special Advisers, and five senators are among 100 high-profile individuals pointed out in alleged corruption cases involving N21. 63 trillion and $47.4 billion over the past 15 years.

Reacting to the report, Justice Richard Goldstone (retd), a former Justice of the Constitutional Court of South Africa and a member of the Board of a non-governmental organization that pushes for the establishment of a permanent International Anti-Corruption Court, said it was important that the trials of those charged should be pursued with vigour and efficiency.

The 77- page document released by the Human and Environmental Development Agenda, otherwise known as HEDA Resource Centre, also shows that of the 100 cases considered, the Economic and Financial Crimes Commission, EFCC, handled 79, Independent Corrupt Practices and other Related Offences, ICPC, 13, SPIPRPP and National Drug Law Enforcement Agency, NDLEA, one each while CCT handled none.