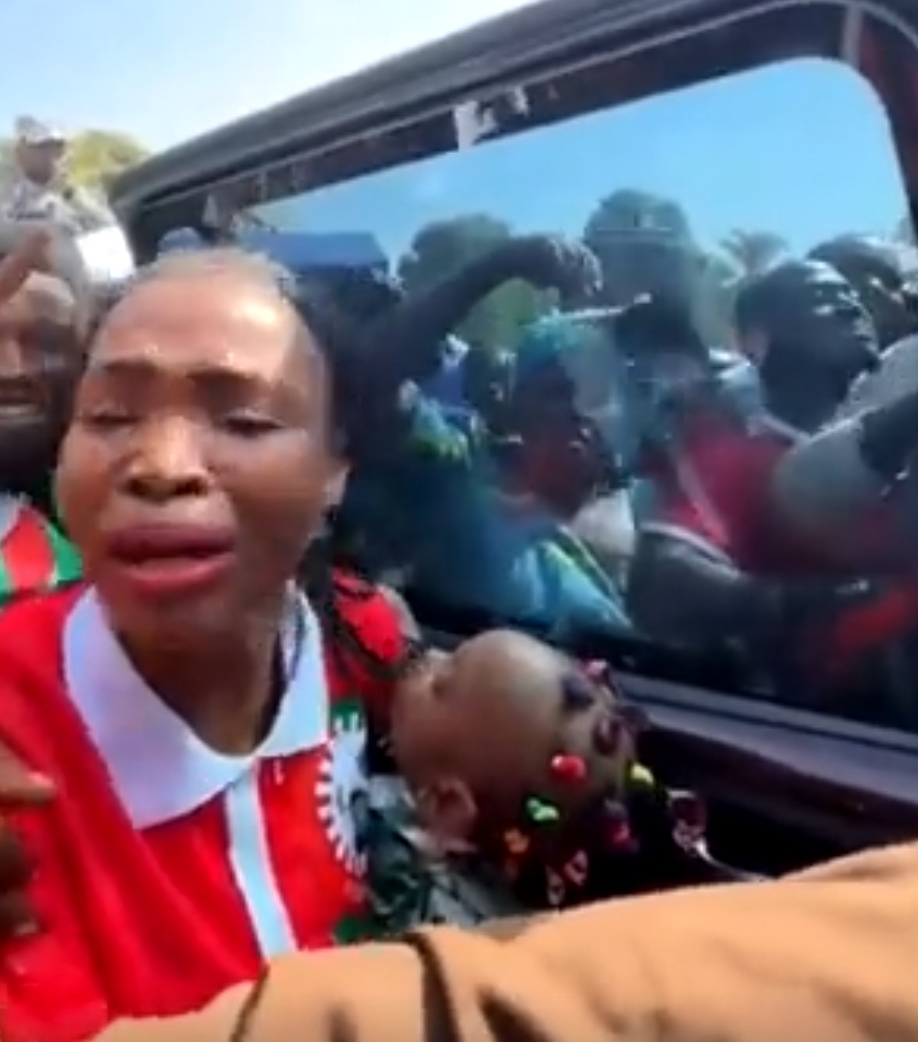 A nursing mother broke down in tears at the campaign rally of the Labour Party (LP) presidential candidate, Peter Obi, in Kafanchan, Southern Kaduna.

The former governor of Anambra State alongside LP chieftains on Saturday, January 21, 2023, hit the southern part of Kaduna state for their campaign rally.

A video that emerged online, captured the moment a nursing mother shed uncontrollable tears while holding Peter Obi’s convoy as she prays for him.

Speaking amidst tears, the nursing mother who had her baby with her kept on saying: “Daddy you’ll win.”

One of the campaign team of Obi later told her to take the baby out of the teeming crowd to avoid getting injured.