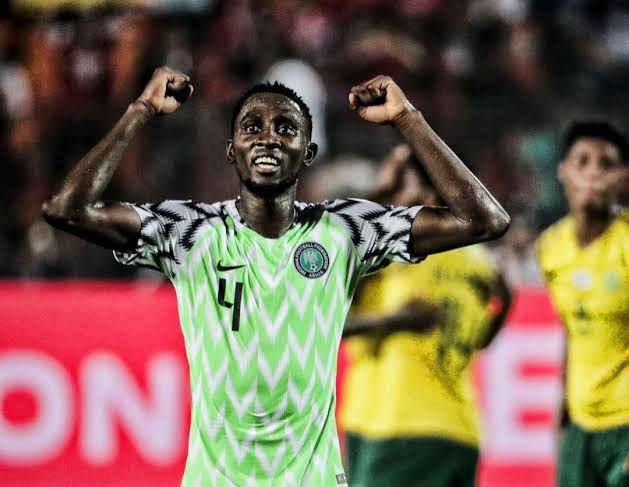 Football experts and former international have tipped Super Eagles and Leicester City’s midfielder, Wilfred Ndidi as the future captain of the national team.

This is following his recent outstanding performances for both club and country.

Ndidi, who was vice-captain for the national U-17 team in his early days, has been one of the mainstays of his English Premier League side likewise the national team recently.

“Ndidi without any doubt is one of the best in his position across the world at the moment,” former Super Eagles’ striker Daniel Amokachi said about the 23-year-old midfielder.

“Despite his age, he has shown a lot of maturity especially in his position as a defensive midfielder, a difficult position at that.

“The most important thing is for him to maintain the form that has gotten him this far in his career. If he had been an European, he would have been getting a better ratings across the world.”

Former Tanzania national team coach, Emmanuel Amuneke, noted that Ndidi has shown maturity significantly and should not find it difficult to get a bigger club soon while advising him to take the huge step forward.

Reacting to the rise of the former Nath Boys of Lagos player, 1980 Africa Cup of Nations winner, Felix Owolabi, said Ndidi had shown to be a leader on and off the field.

He disclosed that at the moment, his present club cannot do without him as they have always tried without him on the field. He is also known to be very quiet and private which is sometimes misunderstood but that quality has served him well.

In the mean time, executive head studios and outside broadcast MultiChoice Nigeria, Felix Awogu, stated that Ndidi is competent to lead the Super Eagles if he continues to perform well.

“He is a future Super Eagles captain for sure,” noted the experienced journalist. “Ndidi has become the standout performer in Leicester city but beyond his performance on the field of play, his reserved attitude off the pitch reminds me of the Yoruba word ‘omoluwabi’ because he’s respectful, quiet, educated and loyal to family and country.” 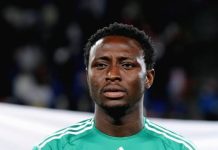