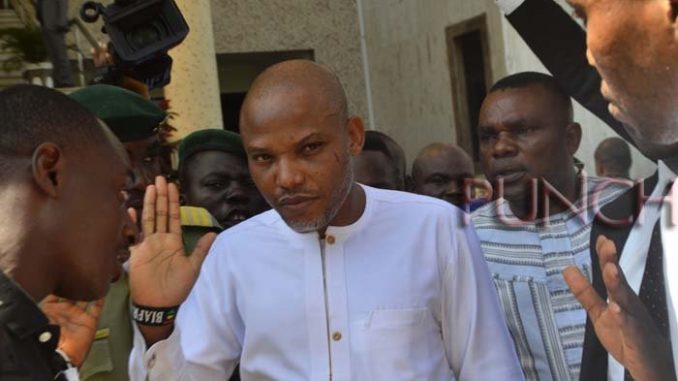 Operatives of the Department of State Services and members of the Nigeria Police Force have once again engaged in a show of force by harassing and pursuing journalists who assembled at the Federal High Court to cover the court proceedings of the leader of Indigenous People of Biafra, Nnamdi Kanu.

The PUNCH reports that members of the security operatives have always harassed and pursued journalists, preventing them from covering the proceedings of Nnamdi Kanu in the past.

Senior Advocates of Nigeria like Mike Ozekhome, the Nigerian Bar Association, and Socio-cultural groups such as the Ohaneze and Afenifere had also berated the security operatives for preventing journalists from exercising their civic rights.

Update: See What IPOB Is Planning Over Nnamdi Kanu’s Detention