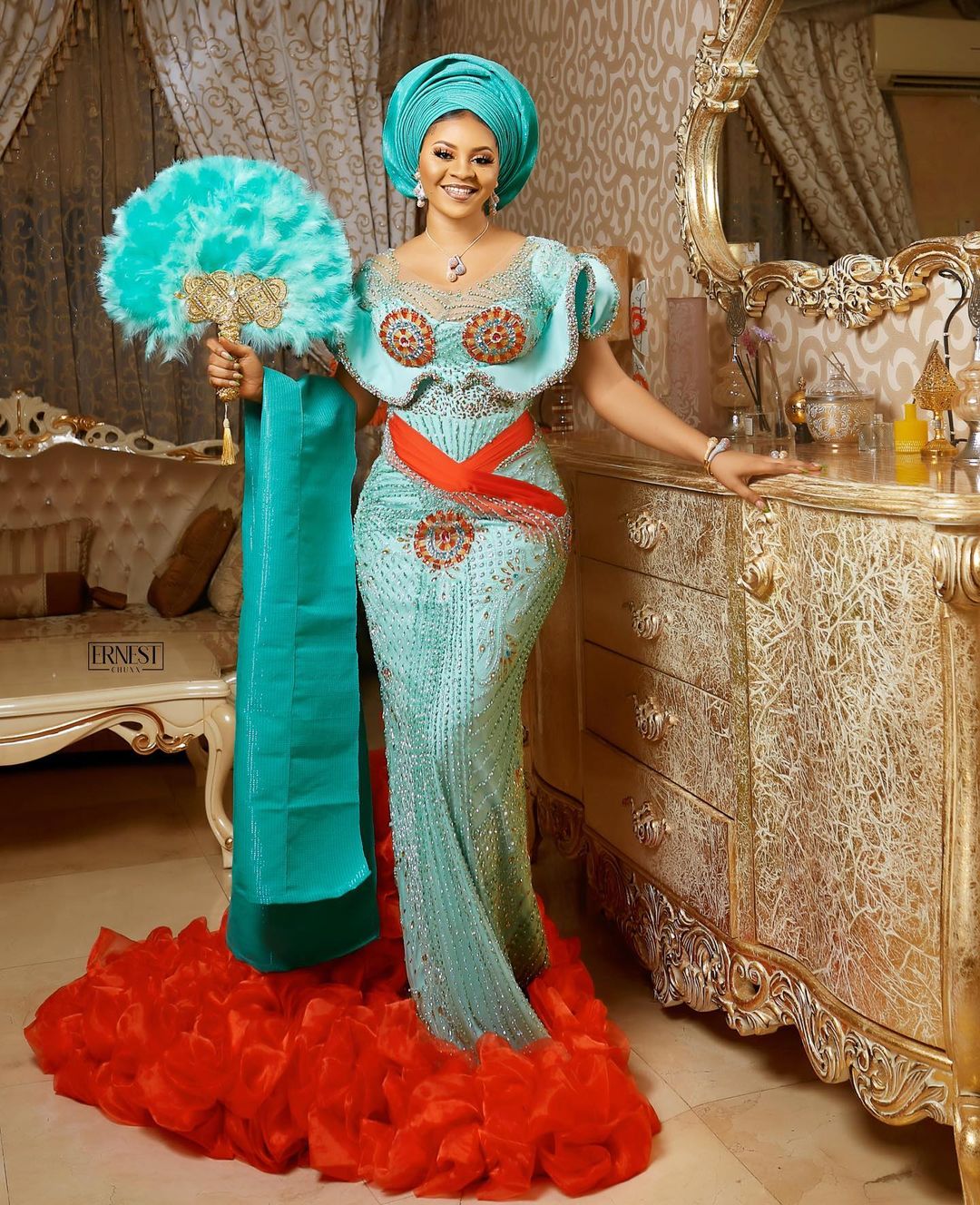 The Ooni of Ile-Ife’s third wife, Olori Tobi Philips Ogunwusi has revealed how a man once informed her that she might never get married because she was se@xually too appealing to be married.

The new queen of Ile-Ife took to her Instagram page on Monday to recount some of her experiences before getting married to the king.

Sharing her testimony, she said a man’s comment had initially gotten her scared “but I kept my cool.”

Olori Tobi further explained that she decided to ask God for a gift that will surprise those who have been “mean to me.”

She wrote, “Apparently I satisfied my creator by having this dream wedding shoot, without knowing I will be getting married soon.

“Well, I have always been the type who follows how she feels within, without questioning how foolish it may seem to others.

“Late July or early August someone made a statement that struck a nerve in me, I kept my cool with a smile. This guy literally said ‘He doesn’t see my kind of woman getting married, because he thinks I’m too va-va-voom.

“And that was the straw that broke the camel’s back. I mean in the past 1year I hadn’t really questioned God nor requested any major thing.

“So, I practically promised God that I would share my public testimony by singing and dancing every Sunday on social media for as many Sundays as it requires for him to grant me a gift that will shock people who had said or done mean things to me.”