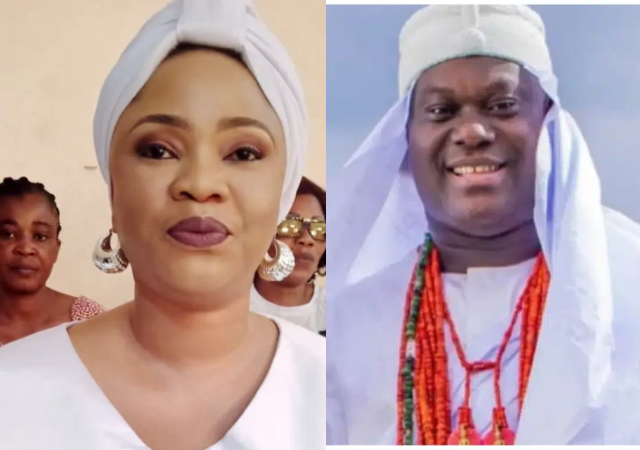 KFN reports that the graduate of Politics and International Relations has been romantically linked to the traditional ruler for sometime.

Sources say they were so smitten by each other that everyone within and outside the palace thought their closeness would end up in marriage, however, she rejected his proposal.

A palace source told a known journalist, Kemi Ashefon that Lanre-Badmus declined because she can’t afford to share the Ooni with other women.

“Laide is a constant face in Ile Ife and there is no one in the palace who doesn’t know ‘Oloori Laide’. Yes, they call her Oloori in the palace and everyone thought Baba (Ooni) would marry her because he really loves her and she doesn’t joke with their affair.

“But she refused. She didn’t want the mass wedding for two months to take place between September and October 2022. Not because she didn’t love him (she still does) but because she doesn’t want to share the love of her life with so many women.

“Though it wasn’t Ooni’s intention to be polygamous, he couldn’t help it. He was instructed by the gods to marry many wives after Naomi left in December 2021 and he had to adhere to the instruction from the establishment.

“It’s really surprising that she would reject this proposal because they were very close and she was always with him. So many things are involved in this matter and it’s between LLB and the Ooni. They are still in love with each other anyways,” the source said.