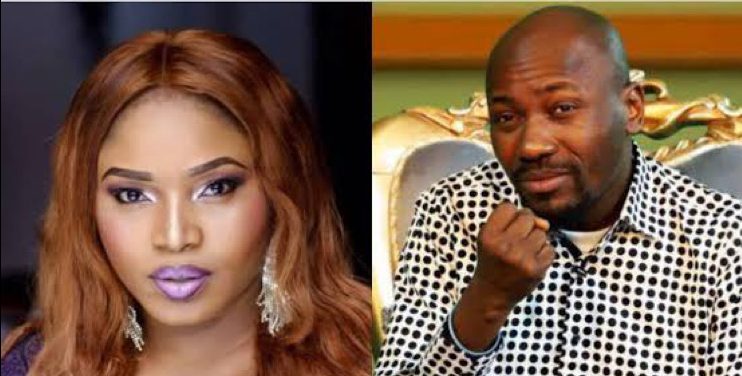 Apostle Johnson Suleman has filed a cased in court against Nollywood Actress, Halima Abubakar, for deformation of character and character assassination.

The case is filed for one billion Naira damages as the Apostle is suing the Actor today after she granted an interview with Gistlover online last night making series of claims about him, among which are that Apostle Suleman had proposed to her several times and reneged.

This case is an evolving one as they two both share in the controversy trailing them and are seemingly enjoying the shine of the Social Media troll following them.

Apostle Johnson Suleman had been mentioned with with both Nollywood actors, ranging from Nancy Isime, Ngozi Ezeonu, Queen Nwokoye, Chinyere Winifred, and a lot more, with some housemates of the Big Brother Reality Show, Nengi, Mercy Eke and so many of them.