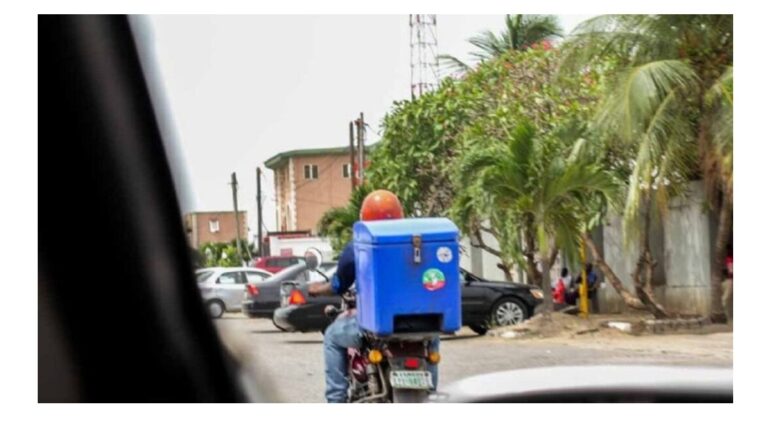 Dispatch Rider Caught With Baby Inside His Courier Box (Video)

An unidentified dispatch rider has been caught redhanded with a baby in his courier box.

Onyxnewsng reports that a suspected ritualist and kidnapper disguised as a dispatch rider was nabbed by an angry mob who found a baby in the bike’s delivery box.

A video making rounds on social media captured the moment an angry mob pounced on a dispatch rider transporting a child in a box attached to a bike in Sangotedo area of Lagos Island.

The child was rescued by a group of people who reportedly heard the child’s cry while in traffic congestion.

The dispatch rider received multiple slaps at the hands of the mob before being transported to the nearest police station.